A volumetric shot beams Ukraine’s president into your environment in augmented reality. Volodymyr Selenskyj wants to use the technically complex presentation to reach tech companies to help rebuild Ukraine.

Selenskyj’s past as a media professional already helped in his election as president of Ukraine. Since Russia launched its war against Ukraine in late February 2022, the former comedian has often used the media to solicit support from abroad and appeal to the Ukrainian people.

State-of-the-art channels such as augmented reality also play a role in his communications strategy. Selenskyj now addressed the global tech community with an AR speech. The volumetric video launches directly in a smartphone browser and beams the politician into your environment as a 3D model – a little like a hologram.

The AR video, which premiered in London, is aimed at the world’s most influential innovators and investors. They’re to help rebuild Ukraine with modern technology. 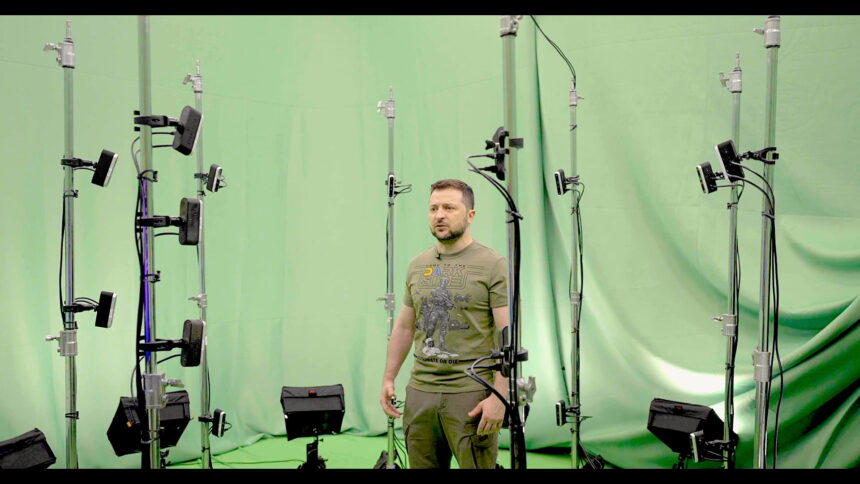 The production company transported a mobile AR studio to Kiev. It captured a 3D image of Selenskyj with numerous cameras and depth sensors.| Image: Evercoast

The experience was produced by Evercoast, which specializes in mobile volumetric recording for VR, AR and other areas of the metaverse.

Ukraine is an opportunity for visionaries and tech companies to showcase their values, capabilities and ambitions, Selenskyj says on my coffee table. He promises not to block technical progress with unnecessary bureaucracy.

The speech was recorded on location in the capital, Kiev, and finalized in London. The project’s creators donated the mobile studio to the Ukrainian government afterwards. In addition to Evercoast, Talesmith and Garden Studios were involved. The film was directed by Martin Williams.

You should use a current AR-compatible smartphone for playback. Google Chrome, Microsoft Edge, and Apple’s Safari browser (no Firefox) are supported. Click here for the AR experience.