Sundance Festival: Put these 6 sci-fi movies on your watchlist

The Sundance Film Festival traditionally features films and documentaries that seek to assert themselves outside of mainstream cinema. This year’s edition of the film festival was held exclusively digitally due to the pandemic. From January 20 to 30, 2022, film fans could watch premieres from all genres via an online platform.

Numerous new releases were also presented in the science fiction genre. In this article, we present six sci-fi films that each approach the genre in their own unique way.

Jake and Kyra buy their adopted daughter Mika a friend and companion: the lifelike android Yang grows up with Mika and is supposed to help the Chinese girl feel comfortable in her new home. When the sentient robot suddenly stops working, Jake tries to have it repaired quickly and cheaply. But the store where Jake (played by Colin Farrell) bought Yang as “certified refurbished” is closed. 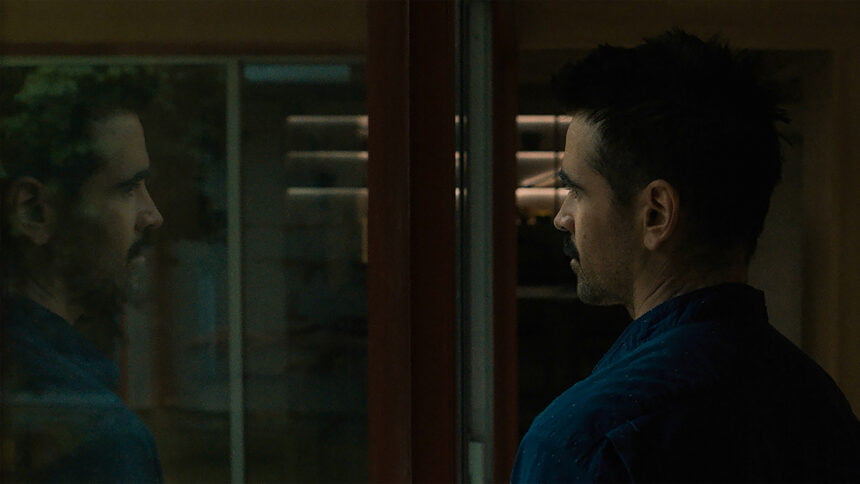 How strong can the bond between humans and AI robots become? That’s the question Colin Farrell asks in the sci-fi drama “After Yang.” | Image: Sundance Institute / A24 Films

Searching for a solution, Jake comes across a technician with an affinity for conspiracy theories and a museum curator who turns out to be an expert in artificial intelligence. She helps Jake use VR goggles to access Yang’s memories.

South Korean director Kogonada draws a futuristic sci-fi setting, complete with autonomously driving cars and lifelike androids. In fact, however, After Yang focuses on existential questions about being human, love, attachment, and loss. Jake tries to understand the artificial being Yang, who became a family member and wanted to experience real emotions.

After Yang was nominated for the Prix Un Certain Regard at the Cannes Film Festival and is scheduled to be available on various streaming services later this year.

Info on After Yang:


Critics’ reviews of After Yang:


Brian and Charles: A tinkerer builds himself an AI friend

Tinkerer Brian (David Earl) lives alone in a Welsh valley and is passionate about inventing gadgets. The whimsical tinkering rarely works. But one day Brian finds a mannequin head that gives him an idea. Using an old washing machine and various small parts, he builds Charles, a robot with artificial intelligence. 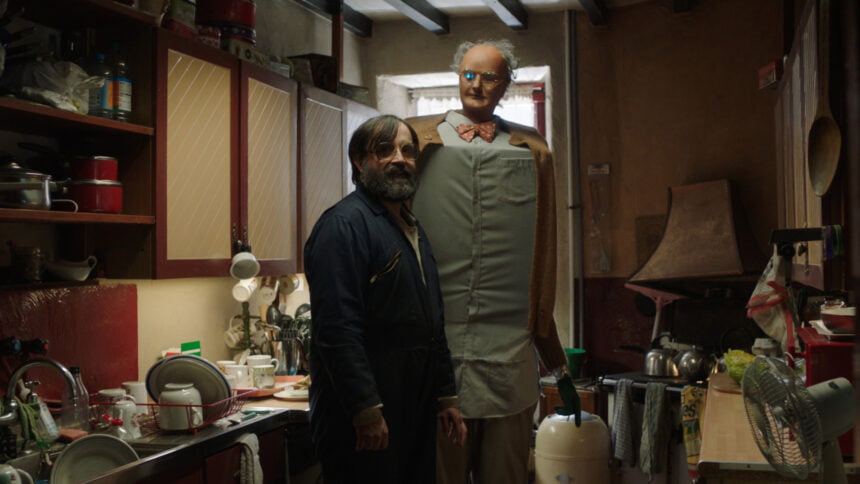 In the sci-fi comedy Brian and Charles, tinkerer Brian builds an AI friend out of a washing machine and a mannequin head. | Image: Sundance Institute / Bankside Films

Charles (Chris Hayward) learns English from a dictionary and develops into a charmingly cheeky companion. But Brian’s little hut soon becomes too small for the inquisitive robot.

Brian and Charles tells a story of loneliness and friendship. Screenplay co-writer Chris Hayward transports the Frankenstein theme into a mixture of sci-fi, buddy comedy and drama. Creator Brian finds new strength through his creation Charles, but forgets his needs, which inevitably leads to a problem.

Brian and Charles was nominated for the Grand Jury Prize at the 2022 Sundance Film Festival.

Info on Brian and Charles:


Critics’ reviews of Brian and Charles:


Dual: How do I deal with my clone?

Sarah is terminally ill. To ease the impending loss for friends and family, she has a clone made of herself. The process, called “replacement,” takes only one hour to create the duplicate. Sarah spends her last days teaching her double how to live on in her place after she dies. But what to do when the clone is suddenly no longer needed? 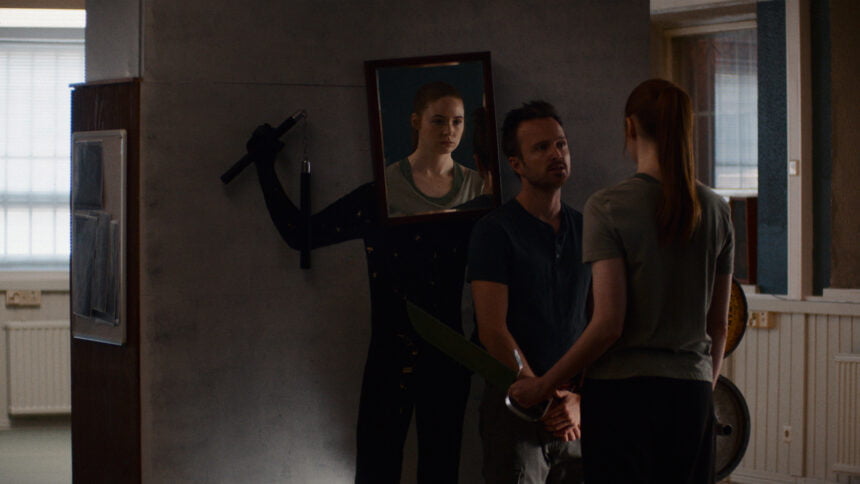 In the sci-fi drama Dual, terminally ill Sarah has a clone of herself created to take her place after her passing. | Image: Sundance Institute / XYZ Films

Writer-director Riley Stearns shows how people rethink their existence after life-changing events in this satirically tinged sci-fi tale. Along with lead actress Karen Gillan, the cast also includes Aaron Paul, known to many from his role as Jesse in Breaking Bad.


Maika: A Story About Friendship

Eight-year-old Hung is grieving the death of his recently deceased mother. His relationship with his father is difficult, his best friend is moving away, and a greedy landlord is trying to get the family out of their apartment. Hung only finds comfort at night when he watches the stars on the roof of the apartment building. 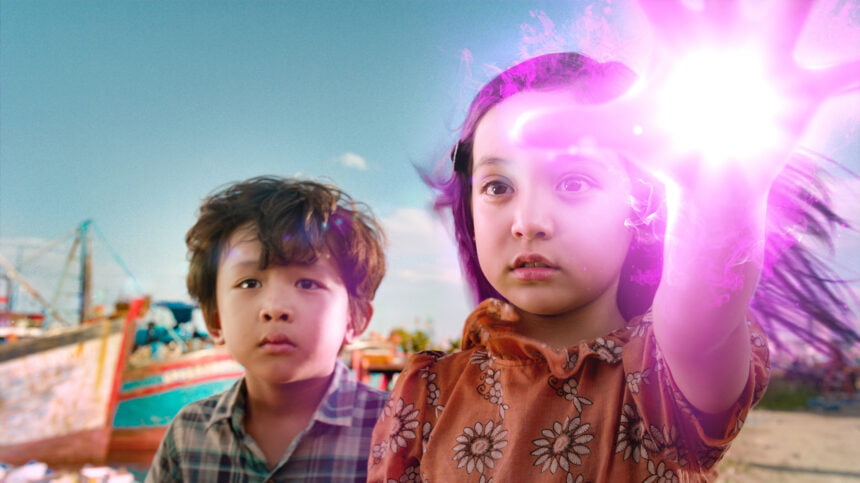 One day, he sees a meteor shower in the sky and follows a shooting star that lands in a nearby field. Instead of a meteor, however, he finds an alien girl there and decides to help her.

Loosely based on a 1978 Czech series, Maika is a Vietnamese sci-fi adventure suitable for the whole family, exploring themes of friendship, family bonding and compassion.

Matalusa, a laborer, flees the coltan mines and the authoritarian and exploitative regime in Burundi. He finds refuge in a village made of recycled computer parts and meets the intersexual hacker Neptune. Together, they explore a virtual world without borders. 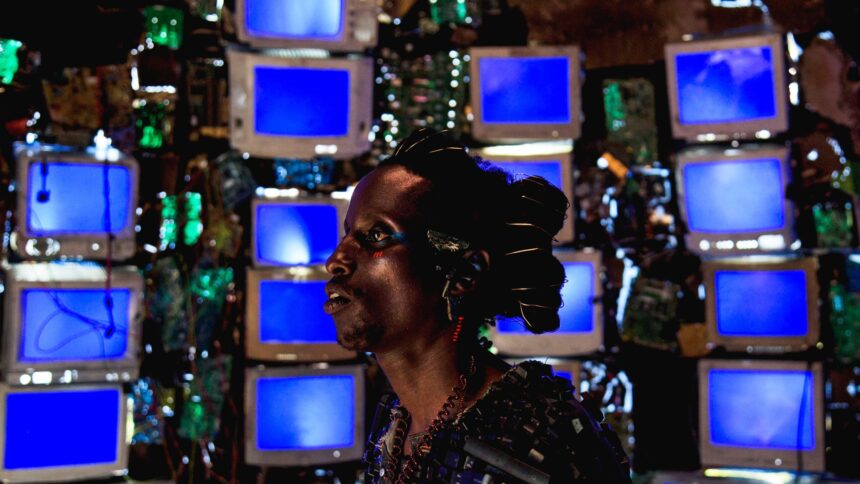 Neptune Frost tells the story of African miners who dig for rare earths to build a digital network for a technology-driven world. The Afro-futuristic science fiction musical was written by Saul Williams, a U.S. author, poet, rapper, and actor.

Neptune Frost was nominated for the Golden Camera and Queer Palm awards at the 2021 Cannes Film Festival.


Something In The Dirt: Two Failed Existences Drift Away

Neighbors John and Levi experience a supernatural phenomenon in their Los Angeles apartment building. A floating crystal descends from the sky. The two friends attempt to capture the events in a documentary film to profit from what they have experienced. Of course, the exploration of the bizarre, extraterrestrial and supernatural occurrences does not pass without danger. 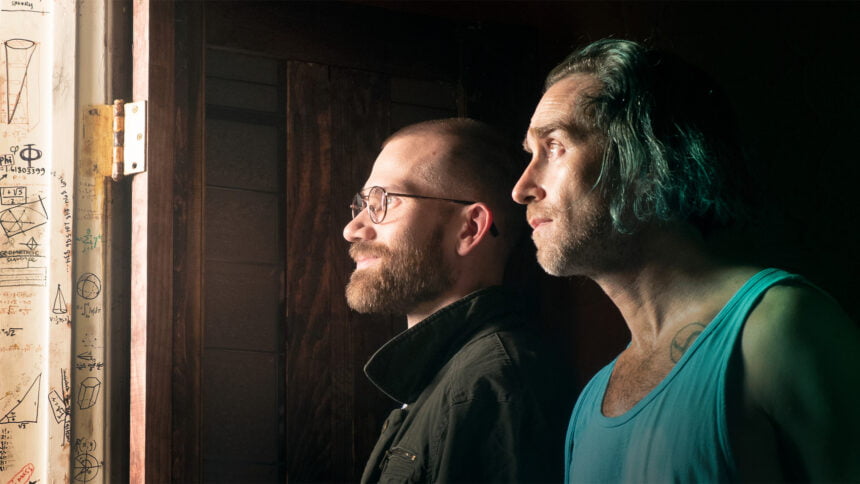 Filmmakers Aaron Moorhead and Justin Benson play the two leads in this curious sci-fi comedy, co-directing, writing and editing themselves. They tell the story of two isolated characters who eke out an unfulfilling existence and slowly drift out of reality.

At the 2022 Sundance Film Festival, Something in the Dirt was nominated for the NEXT Innovater Award.

Info about Something in the Dirt:

Critics’ Reviews for Something in the Dirt: