Somnium VR1 has been in development for almost two years. The final design will be on display at CES 2023.

A year ago, I wrote an article about the highly experimental VR headset from the blockchain and NFT-based social VR platform Somnium Space. After the announcement, the device went silent. Until now.

Ahead of CES, the Czech company unveiled eye-popping new renders of the industrial design and announced a core feature: the Somnium VR1 is a PC-only VR headset with no standalone mode. Visitors to the electronics show will be able to see the device for themselves in early January. Somnium Space plans to show a working devkit that matches the final design.

A headset for enthusiasts and modders

The company said it retained the other two core features, open-source character, and modularity. In the announcement on Medium, Somnium Space describes the headset as follows:

The company cites the following specifications:

Somnium Space plans to showcase two modules at CES: a mixed reality module and a Wi-Fi 6 module for PC VR streaming. They will be demonstrated using an XTAL headset from the Czech technology partner VRgineers as an example.

The lenses are custom-made pancake lenses, the company writes on Twitter. Custom VR controllers will not be sold at launch. However, you can use any kind of Lighthouse-compatible controller.

The device is “aimed at enthusiasts, who want to fully own their VR hardware and those, who like to tinker with their hardware and software to get the most out of their experience.”

Somnium Space promises that the new VR headset aims to provide enthusiasts and the whole community the ability to make their own headset without big corporation restrictions, and for this reason, the device is being built on as open and modular a platform as possible. 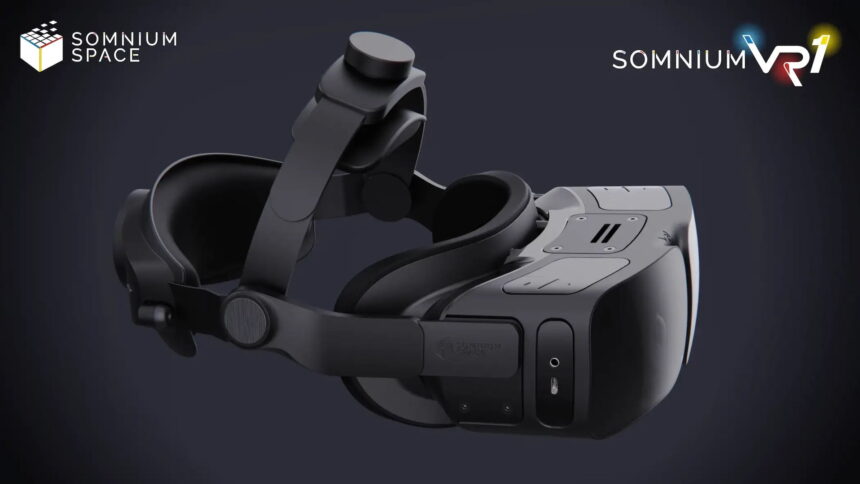 Side view of the Somnium VR1. | Picture: Somnium Space

Users will be able to download and print 3D blueprints of parts and order electronic components, sensors, and lenses directly from the manufacturer.

A year ago, the Somnium VR1 was advertised as a standalone VR headset. “Supply chain constraints and more complex than expected negotiations with key suppliers” delayed the launch. Research and development, however, continues. We expect The Somnium VR1 release during the next year. The price remains a mystery.