Sci-fi series Raised By Wolves: Are androids the better parents?


Raised By Wolves delves deep into the emotional world of two androids who are entrusted by their atheist creators with a primal human task: raising children. The science fiction series, which also features veteran Ridley Scott, is now in its second season.

In the footsteps of Philip K. Dick 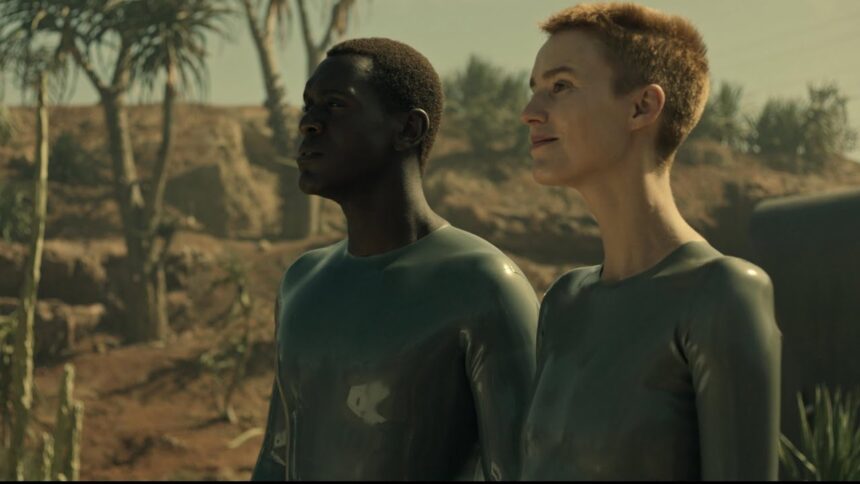 Dick published his novel in 1968, a time when androids were still purely a vision of the future. The history of robots, however, shows that progress often comes faster than we think. While vacuum cleaner robots and voice assistants make our everyday lives easier, artificial intelligence experts are producing robots with human facial expressions.

So, the question of sentient robots may never have been more relevant. Raised By Wolves even goes one step further. Will androids eventually be able to educate human children, shape them in their way of thinking, or even make them better human beings?

Raised By Wolves: The plot of the sci-fi series

In the sci-fi universe of Raised By Wolves, religious wars have destroyed the Earth in the 22nd century. The planet is no longer habitable for humans. As a last hope, two androids are sent to an Earth-like planet with a group of children to ensure the continuation of humanity.

“Father” and “Mother” are supposed to educate the offspring atheistically and to keep the destructive power of religious fanaticism away from the children’s minds. When a new group of settlers appears in the colony, the androids are again confronted with the danger of human beliefs.

Behind the scenes of the sci-fi series sit several well-known names, first and foremost star director Ridley Scott. The maker of genre classics like Alien and Blade Runner directed the first two episodes himself before handing over the job to his son Luke Scott.

Along with David W. Zucker and screenwriter Aaron Guzikowski, the Alien creator is executive producer. Zucker was previously responsible for the Philip K. Dick adaptation and Amazon original The Man in the High Castle, among others, and Guzikowski wrote the screenplay for the Hollywood flicks Prisoners and Papillon (2017).

Raised By Wolves started in September 2020 on the US pay-TV channel HBO Max and was renewed for another season shortly after the premiere.

Reviews for the first season have been mostly positive so far, although there is still room for improvement. IMDb lists the sci-fi drama with 7.5 out of a possible ten points. On Metacritic, The Android Family has so far achieved a score of 64 (ten positive, new mixed reviews).

Season two starts in the U.S. on February 3. Mother and father join a new atheist colony but are not spared complications there either.