Ready Player Me announces its second round of funding: The Avatar startup is receiving $56 million from venture capitalist Andreessen Horowitz and other investors, including Roblox co-founder David Baszucki.

With the fresh capital, the startup primarily wants to improve its service for developer studios. The avatar system is to become more flexible and studios are to be given the opportunity to monetize avatar accessories. In addition, individual developers will gain access to tools that will allow them to participate in a cross-game avatar marketplace.

Since 2014, Ready Player Me has received $85.5 million in venture capital. The avatar software is now used by more than 3000 apps, according to the company, which means rapid growth, especially in recent months. 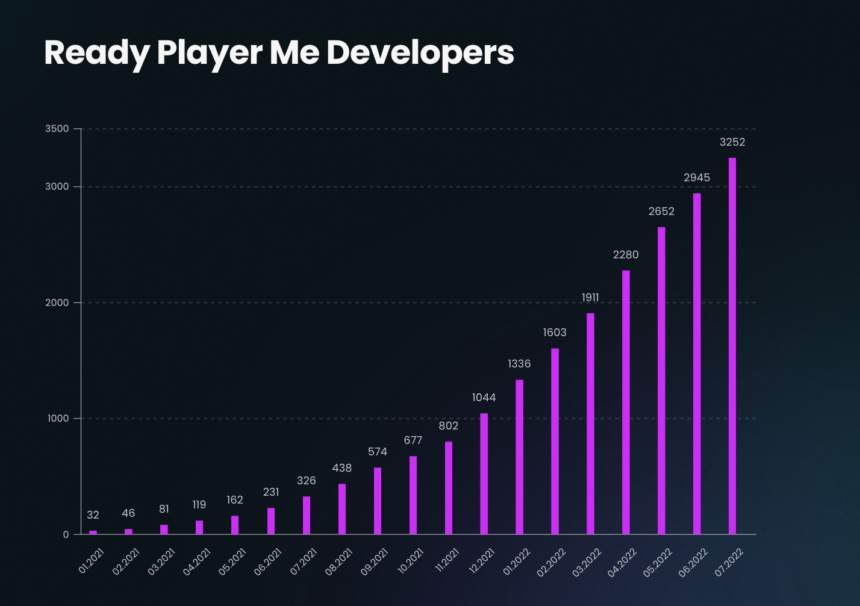 More than 1000 apps already use avatars from Ready Player Me. The beginner-friendly platform was recently able to convince investors.


In a matter of seconds, Ready Player Me’s software generates a 3D avatar from a smartphone photo. Alternatively, Ready Player Me’s editor also allows users to create their own figures. Thanks to this concept, the Wolf3D company was able to convince investors and successfully close a financing round.

As part of the Series A financing, the start-up raised 13 million US dollars. The main investor is the venture capitalist “Taveet+Sten”. This investor is headed by Taavet Hinrikus, founder of the money transfer service Wise and once the first employee of Skype. His partner Sten Tamkivi launched the career platform Teleport in 2014. Other backers include Konvoy Ventures, NordicNinja and Tom Preston-Werner (co-founder of Github).

The goal is to make Ready Player Me the “default avatar system for the Metaverse,” CEO Timmu Tõke said when announcing the funding round. So the cross-platform avatars should show up in as many apps as possible, both in virtual reality and on the traditional screen. An avatar created with the generator can be downloaded as a 3D model.

The company from the Estonian port city of Pärnu started a collaboration with LIV about a year ago. The mixed reality video platform allows VR players to be superimposed as avatars within the VR experience – making a recording or live stream of the VR experience more interesting for outsiders. This was later followed by support for the popular social VR app VRChat.

“2021 was a breakthrough year for Ready Player Me,” Tõke explains. “By giving people avatars that travel across virtual worlds, we can strengthen the connection in the Metaverse. The Metaverse is not a place or a platform, it’s a network of thousands of experiences.”

The investment will be used primarily to expand the partner network and monetization tools. Developers should find it easier to make money from customizations and NFTs in the future, the CEO said.