Questhaven is a new tabletop platform designed to bring VR and PC fans together.


Tabletop games and virtual reality: that’s a powerful combination. In VR, you have a strong sense of social presence and can move freely across the board. The tabletop VR game Demeo uses these strengths skillfully and has a lot of success with it.

Questhaven is trying something different. It’s not a finished game. Instead, it gives the gaming community the tools to build their own tabletop adventures in the style of Dungeons & Dragons, Pathfinder, and Shadowrun: starting with the world and ending with the (importable) rules.

The developer studio NotNoxDev promises an editor with which you can create landscapes and dungeons and populate them with enemies. The weather can be set as well as the time and background music. 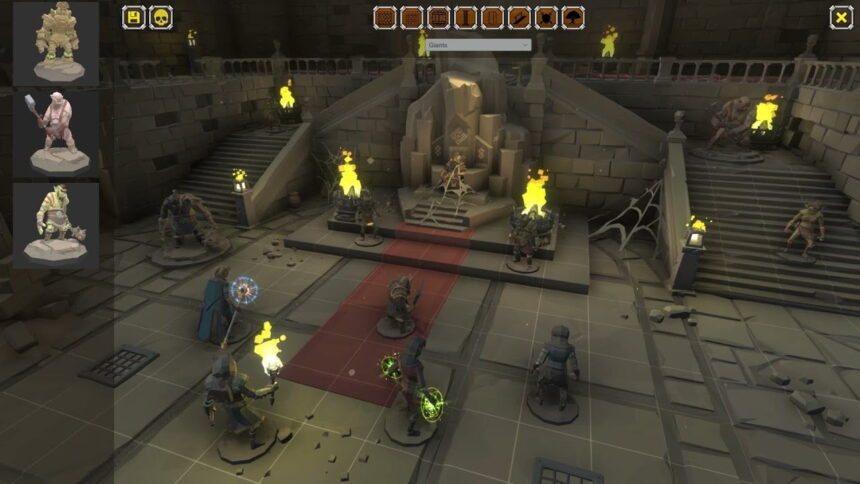 Questhaven is being developed for Meta Quest 2, PC VR glasses and PCs. On the latter, the Dungeon Master controls the adventurer. Players can create their character in an avatar editor and take their gaze perspective during the game for more immersive roleplaying.

At a later date, Questhaven will become a marketplace for game modules. Creative dungeon designers will be able to share and trade their creations.

The financing of the project is to be secured via Kickstarter. If it is successful, other scenarios such as sci-fi could follow. The crowdfunding campaign is planned for the first quarter of 2022.

You can sign up for a newsletter on the official website. You can also watch more videos there.