Mark Zuckerberg posts a photo that hints at the AR future

Mark Zuckerberg is pioneering a partnership that will be critical for augmented reality. One picture says it all.

On Wednesday, Mark Zuckerberg posted a photo on Facebook of himself and Leonardo Del Vecchio, founder and chairman of EssilorLuxottica, the world’s largest eyewear manufacturer.

Meta has been working with the eyewear monopoly for some time. Together, the companies have developed Ray-Ban Stories, a pair of Ray-Ban glasses packed with technology that hit the market in September 2021. It can take pictures and videos and also play audio. Visually, it hardly differs from conventional Ray-Ban glasses. 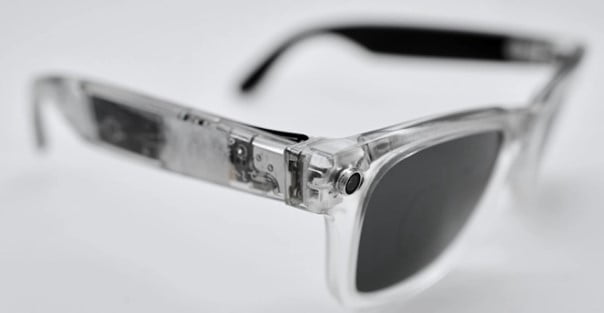 The photo was taken in Milan, where Luxottica’s headquarters are located. Mark Zuckerberg traveled to Milan to “discuss plans for new data glasses” with Del Vecchio and the EssilorLuxottica team, according to the Facebook post.

A new, improved version of Ray-Ban Stories is already in development. The question is whether EssilorLuxottica will also participate in Meta’s first true AR glasses, codenamed Hypernova, as well as Project Nazare, Meta’s first full-fledged AR headset. Both devices are intended to be wearable in everyday life and, unlike the Ray-Ban Stories, have a built-in display. According to a leaked roadmap, their market launch is planned for 2024.

Meta had to adhere to tight form specifications for the Ray-Ban Stories. Further cooperation will probably depend on whether Meta manages to fit the AR technology into a similarly narrow form factor. 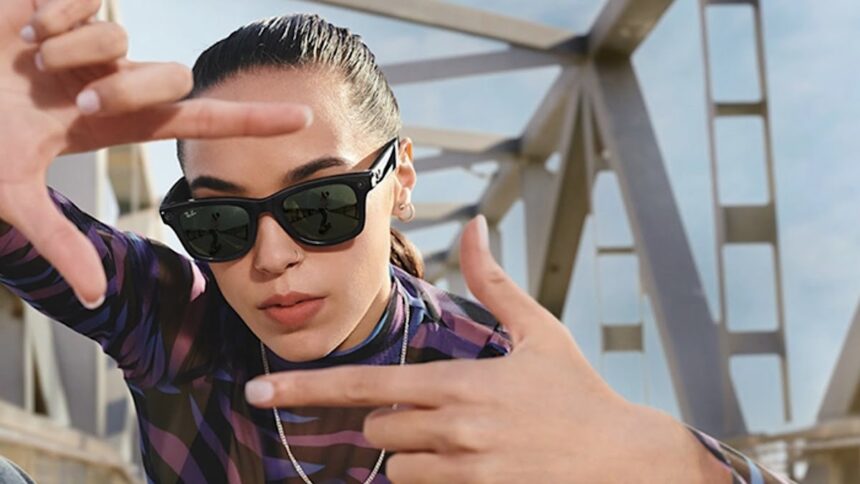 The Ray-Ban Stories has a classic design and is hardly distinguishable from a normal pair of sunglasses. | Image: Ray-Ban / Meta

The partnership with EssilorLuxottica is of great importance to Meta. If the augmented reality industry has learned anything in the last decade, it’s that smart glasses need to be beautiful and unobtrusive so that people will wear them in public, just like ordinary glasses.

EssilorLuxottica has the fashion know-how and can bring data and AR glasses to where they are most likely to be discovered and bought: in eyewear stores. Ray-Ban Stories is also distributed by EssilorLuxottica.

In addition to Hypernova and Nazare, Meta has another futuristic product up its sleeve: a wristband that intercepts electrical brain signals at the wrist, interprets them with the help of machine learning and converts them into computer commands.

The device should one day make it possible to operate user interfaces using only micro-movements of the fingers. The photo shows Del Vecchio trying out a prototype of the wristband. 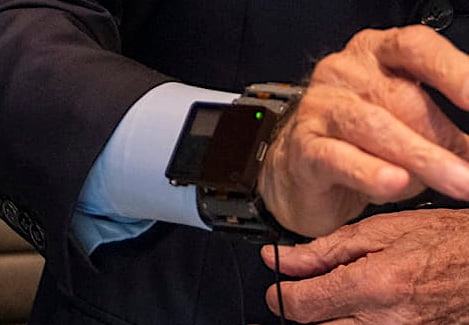 The prototype shown is still quite clunky. | Image: Mark Zuckerberg

Meta’s goal is for upcoming data and AR glasses to be operated with the wristband, which would be more unobtrusive, effective and easier than using voice commands and hand tracking. If Meta succeeds in making the technology suitable for mass use, it could revolutionize the human-computer interface in much the same way as the mouse and keyboard and the touch display.

According to one report, Meta plans to launch its first smartwatch this year. But the third version is not expected to introduce brain control until 2024, in time for the launch of Hypernova and Nazare.