Meta presents an impressive metaverse in its new Japanese commercial. The reality, however, looks different.

It’s a problem that has long plagued the VR industry: How can you advertise something that you have to experience yourself to understand?

In a commercial shot for Japanese audiences, Meta goes for the sledgehammer method and presents an XXL vision of the Metaverse that could have come straight out of Ready Player One. We see brute sci-fi action, a fast-paced treasure-hunting adventure and a fantasy dragon ride.

The three protagonists obviously know each other and plunge into Metaverse adventures together. The final scene unites the friends as they run down a street into a virtual sunset. The lettering of Meta Quest 2 is superimposed. The commercial’s motto: “Be who you want to be, do what you want to do, go where you want to go.”

Fantasy of a virtual reality

The commercial is staged with a lot of visual pomp and is beautiful to look at, no question. But it’s also very unrealistic.

It paints a pop vision of the Metaverse as it might look in twenty years – or never. At the risk of being labeled a killjoy: The physicality and haptics that the commercial conjures up cannot be realized with conventional VR technology and are therefore misleading. 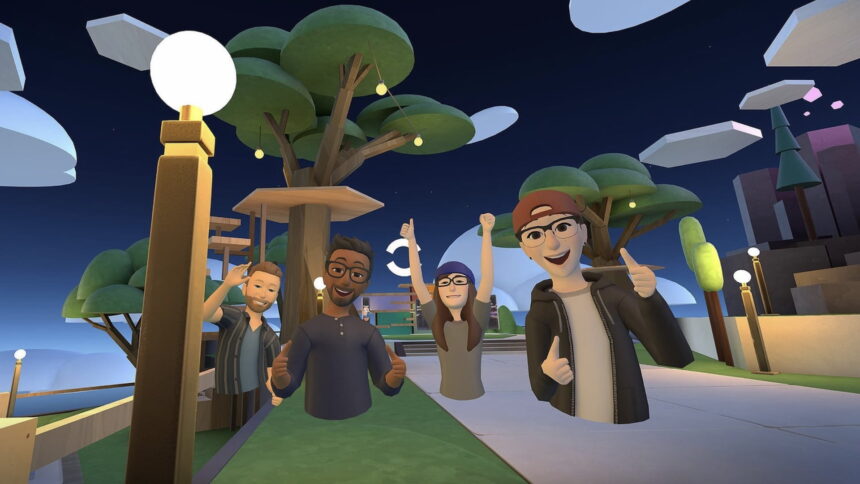 Those who play around with a VR headset in their own living room remain bound to their bodies and the physical world with all its laws and limitations. This has advantages and disadvantages, as I have explained in more detail elsewhere.

Those who think the clip exaggerates because it considers the cultural sensitivities of the Japanese are mistaken. Similar Meta commercials have been made for Western audiences as well.

Now, it’s not illegal to advertise with lofty visions of the future that invite people to dream. The Metaverse, as envisioned by Mark Zuckerberg, is ultimately a hope, not a reality.

However, those who approach virtual reality with unrealistic expectations could literally be brought down to earth and say goodbye to this technology forever.

Sony had made similar VR commercials in the past and is being a bit more pragmatic and closer to reality when it comes to the soon-to-be-released Playstation VR 2. The official trailer of the VR headset only shows what players can see and do based on the upcoming VR games, not fantasy products.