Code findings point to new features for Meta Quest 2 and Horizon Workrooms, as well as a stylus attachment for the Cambria controllers.

The lines were found and published by a Twitter user named NyaVR. NyaVR found code in the Oculus smartphone app that hints at official Discord support. According to the strings, users could get the ability to share their gaming activities in Discord and look up what others are playing in Discord.

It’s unclear how far Discord integration will go. NyaVR recalls that Oculus employees asked Reddit users about their Discord usage a few months ago. Discord can be sideloaded onto the VR headset as a 2D app and used in VR. An official Discord integration could make installation easier and improve the user experience by connecting Quest users with the rest of the gaming community.

Horizon Workrooms might add two new modes, a breakout mode and one that supports much more participants (large meetings). pic.twitter.com/0G4rJW6Obn

NyaVR also discovered code confirming rumors of a stylus attachment for the Cambria controllers. In July, VR leaker Brad Lynch revealed numerous technical details of the new input devices, which could be compatible with Meta Quest 2 and retail separately.

The controllers could support special attachments, such as stylus tips, Lynch said. A new pressure sensor at the tip of the grip could provide more realistic drawing and writing in virtual reality.

Holding the Quest controllers upside down, the tip of the grip could be used to draw on whiteboards, a chalkboard or a tablet in workrooms. According to Nya’s findings, a stylus accessory called Olympus could be included with Project Cambria. 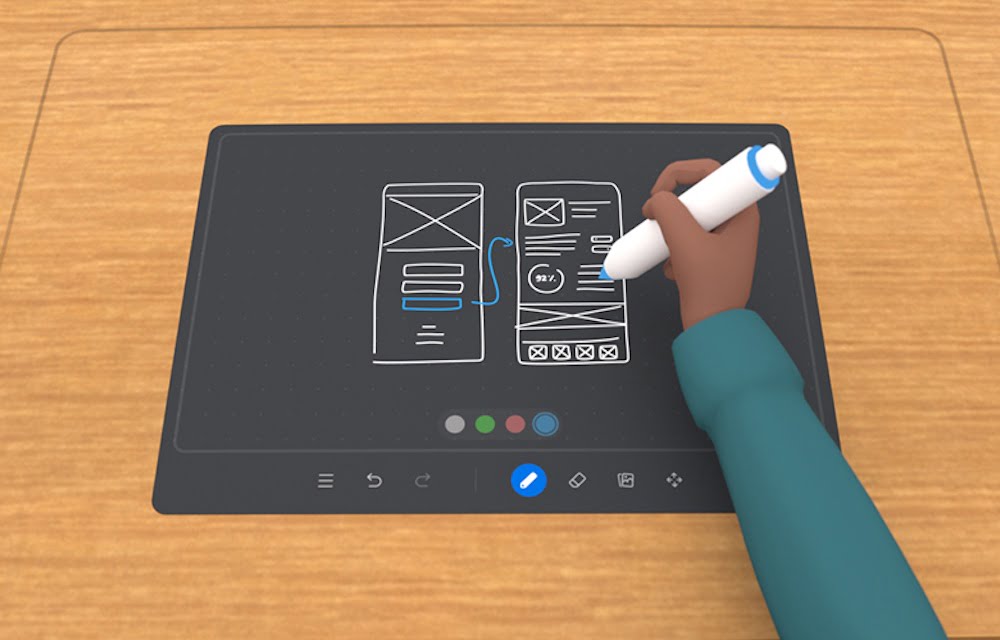 Finally, NyaVR discovered hints of two new Messenger features called “Smart Reply” and “Smart Compose”, which could offer pre-written replies or auto-completion of sentences when composing a message, as known from Gmail. Since typing in VR is quite tedious, such a typing aid would be very welcome.