Three years after its market launch, Meta Quest is still missing a key feature. At least, if Meta has its way.

Evaluating the state of the art: non-experts can sometimes do this better than experts, precisely because they have an unbiased view.

A few months ago, a tech journalist friend asked me to show him the so-called Metaverse. The occasion was the renaming of Facebook to Meta and the associated Metaverse hype.

My colleague had come into contact with virtual reality in 2016, but had not been able to warm up to the technology. No PC at home and too much cable clutter: These hurdles were daunting enough. I advised him to buy a Meta Quest 2.

No sooner said than done. After we donned our headsets and I called him in virtual reality, a memorable moment occurred.

“Oops, why don’t I see you?” my friend said when he heard my disembodied voice. Adding, “Isn’t the Metaverse about meeting like you do in real life?” A naive but valid question.

The dawn of virtual reality

The Meta Quest, released on May 21, 2019, has revolutionized the VR market with its simplicity: no cables, no feeds, no external technology to complicate its use. 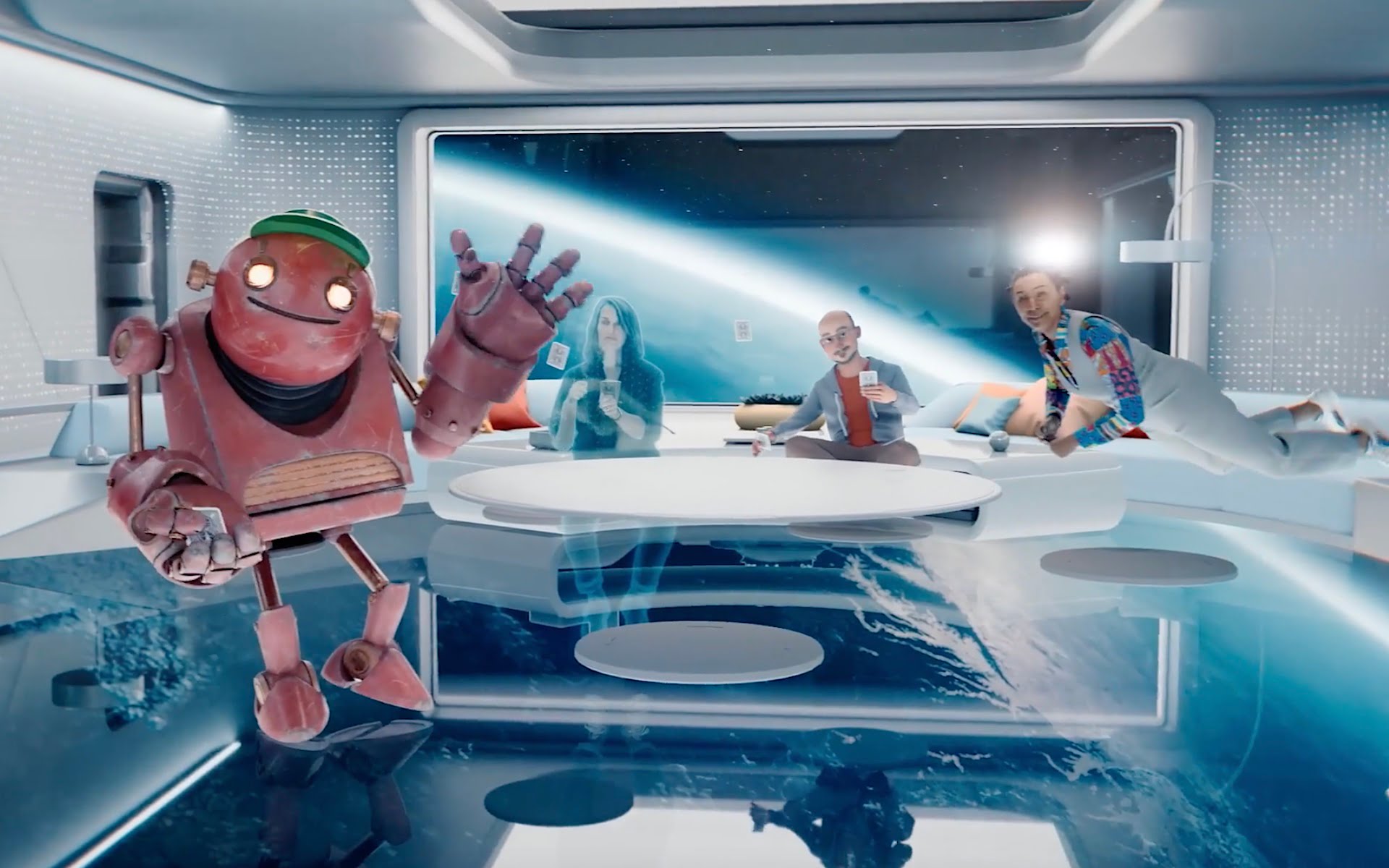 The standalone VR headset was well received and confirmed that Facebook was on the right track. In 2020, the company followed up with the more powerful and affordable Meta Quest 2, selling millions of VR headsets. The foundation for virtual reality’s mainstream success was laid.

In the coming months, software updates brought a flood of new features like hand and finger tracking, wireless PC VR streaming, and fitness tracking. But Meta Quest still lacks something fundamental: an integrated social microcosm. This fact is confusing in more ways than one.

Mark Zuckerberg sees virtual reality primarily as a social technology. It is designed to bring physically separated people together in a way that traditional communication media cannot. By simulating proximity and presence, or as Zuckerberg says: social presence.

That’s why the Facebook founder is betting on virtual and augmented reality and investing billions in both technologies. A positive side effect is the fact that such devices can collect unique and thus particularly valuable user data.

If the social aspect is the killer feature of virtual reality for Meta, why is it still so awkward to meet in VR after three years? The Quest platform sorely lacks a social hub.

Filling the gap are VR apps like Bigscreen, Rec Room, and VRChat, which are popular but must first be found, downloaded, and set up. A cumbersome process and also not in Meta’s interest, as they lose users to the competition – which is also active on other platforms.

An embarrassing moment for Meta

The pandemic did nothing to change that. During the lockdowns, many saw an opportunity for virtual reality. The medium could play to its strengths and bring people together virtually.

Meta not only let the opportunity pass, but also made a serious mistake: Six months before the pandemic, Meta had shut down existing social apps like Facebook Spaces and Oculus Rooms and was empty-handed when the lockdown began. It’s a circumstance that embarrasses former Oculus Chief Technology Officer John Carmack.

The reason for Meta’s social abstinence: The company was working flat out on the Metaverse platform Horizon Worlds, which was far from ready for the spotlight in 2020, did not open its doors until late 2021 and only in North America, and is still in beta.

The social home within reach

Worlds is currently only one social VR app among many. Anyone who wants to meet in VR has to launch a standalone application, as is the case with VRChat and others. The integration into the system software will still be a long time coming, if you take Meta’s speed so far as a yardstick.

Fortunately, another, more direct solution is in sight: Horizon Home. The upcoming feature is supposed to turn the lonely starting environment of the Meta Quest into a social home, where you can invite friends and from where you can set off into the Metaverse together. Thus, nothing should stand in the way of uncomplicated VR socializing.

The question is, when is Horizon Home coming? Meta announced it last fall. At the time, it said Horizon Home would roll out promptly. Since then, another half year has passed.

As far as I’m concerned, I’m not waiting anymore – and I’m meeting my colleague in Walkabout Minigolf. Without a torso, but with a golf club.