Interesting details about the successor’s possible screen have surfaced in the Quest 2’s firmware.

Hardware analyst Brad Lynch has published several new leaks about Meta’s future VR headset on his blog. The premium model “Project Cambria” (aka “Quest Pro”), which will be released in 2022, offers three tracking cameras per controller and could be around five times as expensive as Meta Quest 2.

The cheaper, as yet unannounced, Meta Quest 3 is likely to be much more interesting for end customers. The internally named “Project Stinson” VR headset will replace the Quest 2, according to reports, for the 2023 Christmas shopping season. An early preview of its technical specifications might have now surfaced in the Quest 2’s firmware.

Leaks on the resolution of the Meta Quest 3

According to the leaks, the resolution of the Quest 3 display is 4,128 by 2,208 pixels (which is almost 30 percent more pixels than the Quest 2). These values were found in the code of the new PTC firmware 43.0 for the “Eureka865” hardware. This is supposedly the code name of the Quest 3 prototype.

Apparently, a single display is used again instead of two for cost reasons. This sounds like bad news for enthusiasts since a single screen comes with technical compromises. Users who use the maximum IPD setting of the VR headset have to live with a narrower field of view. In addition, the full-screen resolution is not displayed, regardless of the setting.

Lynch’s Dataminer Network found clues about the Cambria headset’s resolution as early as October 2021. It’s quite possible that they’ll manage a similar discovery with Meta Quest 3.

It’s worth noting that Meta doesn’t seem to be planning any huge leaps in terms of resolution, as a comparison shows:

In practice, these subtle differences should not be noticeable anyway, at least in a stand-alone mode. Most native Quest apps do not use the full resolution anyway. Only in PC VR mode will you be able to benefit from the full pixel count.

Below is a screenshot of the lines of code where Lynch and co. made up the potential resolution of Meta Quest 3: 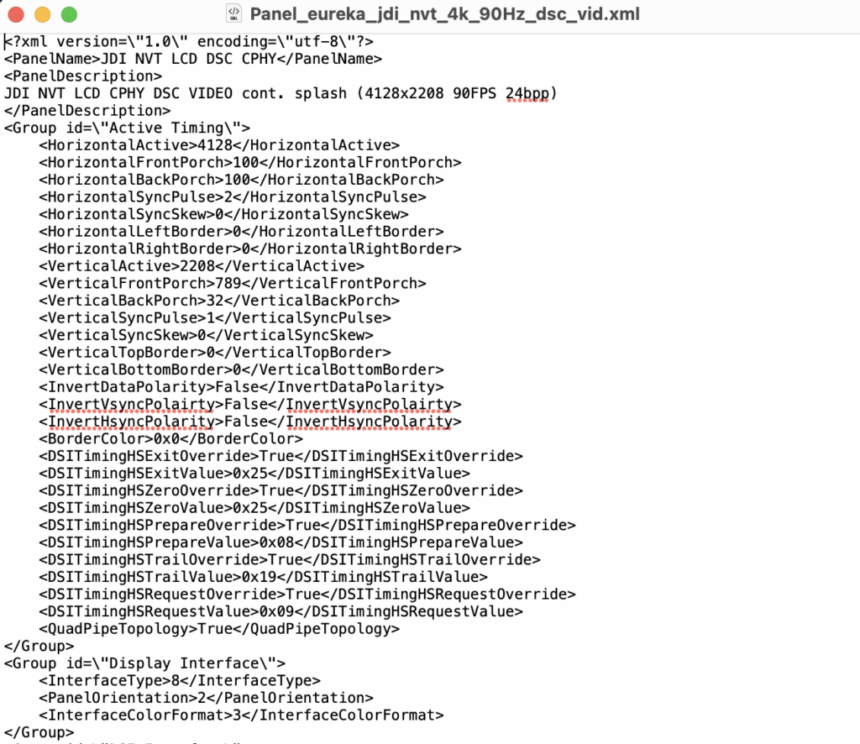