The Quest 2 may have done better this holiday season than last, even though the VR goggles were freshly launched in 2020.


That’s what a sales statistic from VR game Superhot VR suggests. The title’s projected annual sales are up 42 percent from last year, thanks to the recent Christmas sales.

Callum Underwood posted these and other statistics about the VR game on Twitter on December 31, 2021. Underwood is a former Oculus executive who has personally overseen the Polish studio for several years. 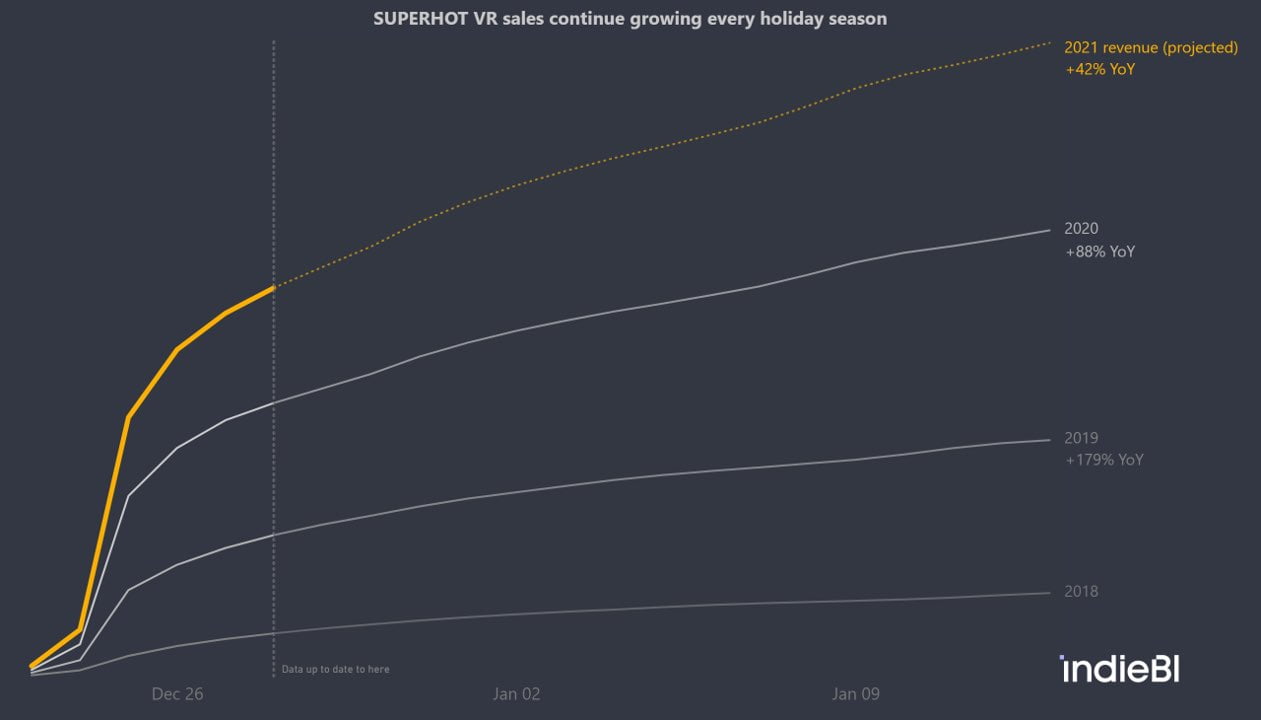 According to studio founder Tomasz Kaczmarczyk, many newcomers are buying the VR classic, which is why Superhot VR’s sales figures should correlate with those of VR goggles sold. Underwood reiterates this assumption in his Twitter post.

Consequently, from his statistics, one could conclude that Meta Quest 2 sold even better this year than it did after its October 2020 launch – contrary to Meta’s own predictions. Beat Saber studio co-founder Jaroslav Beck also thinks this year’s VR Christmas sales will beat all previous ones. Underwood agrees with him.

Yep – has been the case four years in a row too!

Growth in Europe down

The public should find out how well it really did at the end of January, when Meta releases its fourth quarter 2021 financial statements. It’s the first time the company plans to provide more detail on expenses and revenue for its VR business.

Underwood provides two more statistics in his Twitter post. The first of these shows that an unusually high proportion of Christmas sales are in North America, at 80 percent. Beyond the U.S. and Canada, there is growth in parts of Asia and South America, as well as Russia. The EU zone, on the other hand, saw a slight year-over-year decline in sales.

The third and final statistic shows the rapid growth of Meta’s Quest platform. With the launch of the first Quest glasses in 2019, the autonomous device already accounted for half of Superhot VR Christmas sales.

In 2020, after the launch of Meta Quest 2, another quarter of the pie went to standalone VR glasses. Finally, in 2021, the share of all other VR platforms shrinks to a minimum. In the near future, only the Playstation VR 2 is likely to give the Quest 2 some competition again. 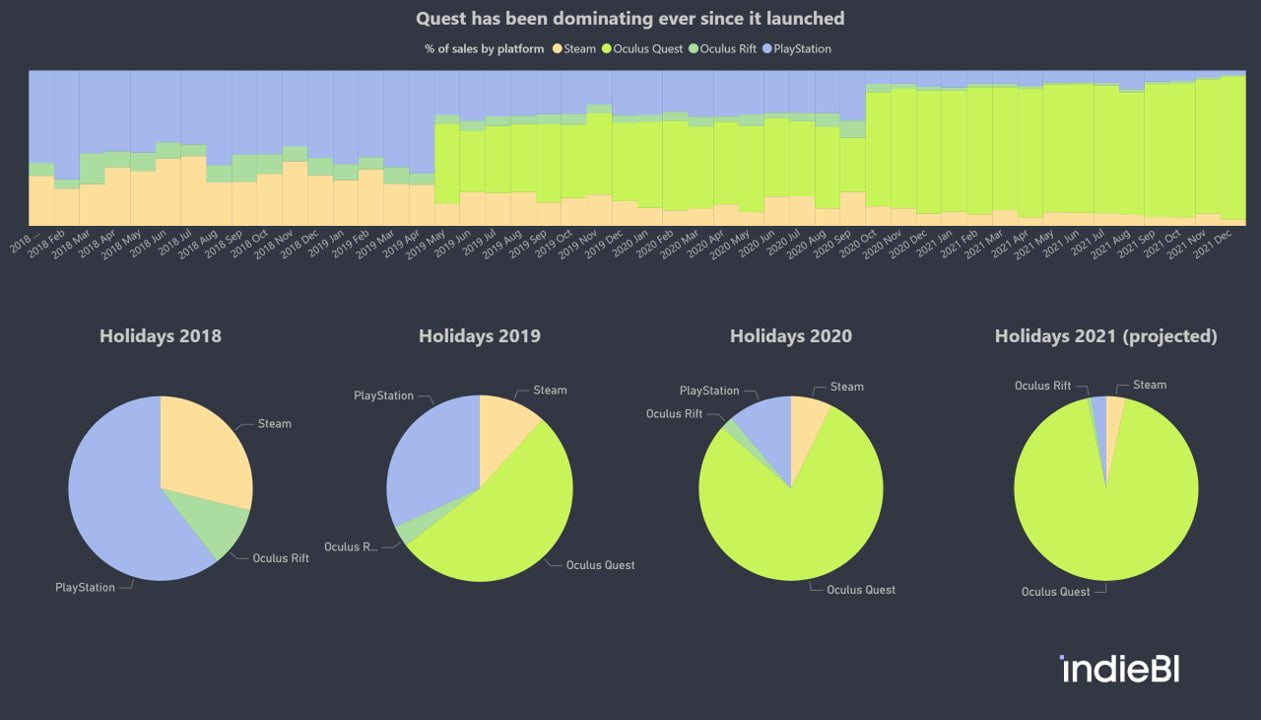 From zero to almost 100 percent: the market share of the Quest platform between 2018 and 2021, using Superhot VR’s Christmas sales as an example.

Superhot VR, by the way, made more sales than the 2D original for PC released in 2016. Kaczmarczyk revealed this to us in the spring of 2019. Despite this huge success, no VR successor has been announced yet.