Apple’s possible XR headset reportedly has a quick dial for changing realities and many other features. The killer app is said to be realistic avatar XR video calls.

The Information claims to have once again received insider information from sources close to Apple who are familiar with the development of Apple’s XR headset. The report contains numerous technical details about the headset, including new information.

The most important points in the overview:

The Information confirms some earlier rumors, including that the headset will have an outward-facing display that shows outsiders the facial expressions of the headset wearer. This feature is supposed to reduce the feeling of isolation when the headset is put on. The screen is said to consume little power and offer a low refresh rate, comparable to the Apple Watch’s always-on mode. 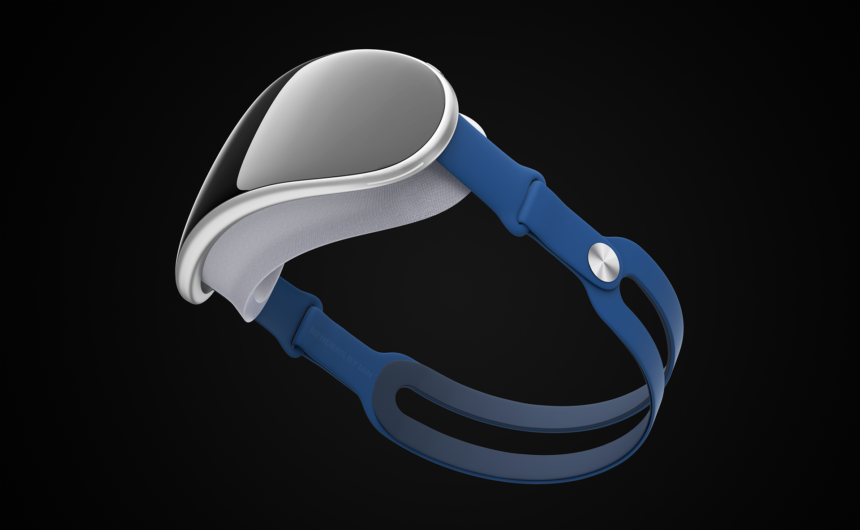 Concept rendering of the Apple headset, which is supposedly based on a prototype, but does not show many of the technical details like cameras. | Bild: Ian Zelbo

The Information confirms that Apple will use a 4K micro OLED display from Sony for the center of the image per eye. This is complemented by an LG display in the peripherals, according to earlier rumors. Eye tracking including foveated rendering is also integrated, which saves power by only rendering the user’s exact focus point with all graphic details.

In total, the headset is said to have two LiDAR scanners for short and long distances and more than a dozen inward and outward cameras built in, even detecting the legs of the person using the headset.

In addition to education, one focus of the headset is said to be XR video conferencing with realistic avatars that accurately reflect facial and body movements. Eyebrow and jaw movements of the avatar are to be estimated by an AI process based on available sensor data.

Apple also wants to enable a transition between the Mac screen and the XR display: If you pull the 2D Maps app from the Mac screen, it can show a 3D model of a city in XR mode.

Depending on the configuration, the headset is expected to cost around $3,000. Apple’s contract manufacturer Pegatron is said to have built several thousand prototypes last year, and the launch was originally planned for 2022.