Italy’s Serie A is broadcasting a soccer match live in the Metaverse for the first time. What does the soccer league expect from this project?


The pandemic has pushed virtual events: Many social gatherings or entire trade shows now take place on online platforms or sometimes even in virtual reality.

In the future, the way we consume live sports could also change. Italy’s Serie A soccer league led the way over the weekend, broadcasting its first game in the Metaverse. In this case, the league defines the Metaverse as the browser-based 3D avatar platform “The Nemesis” (see below).

Live sports as the Next Big Thing in the Metaverse?

Mark Zuckerberg presented numerous examples of what the Metaverse could look like in the future in his spot for Facebook’s name change to Meta. Imaginative avatars meeting on social VR platforms, playing together or going to virtual events.

Virtual live concerts have been around for years. A recent example is Meta’s immersive Foo Fighters concert after this year’s Superbowl. Although it flopped, particularly due to technical shortcomings, it nevertheless showed a broad audience what immersive events could look like in the future with a little more attention to detail and better technology. The Italian professional league Serie A is now trying live soccer.

Innovation is important for soccer, says Serie A president

The first Metaverse match was between the table-toppers AC Milan and Fiorentina. Two illustrious names and always a prestigious duel in Italy, even if it doesn’t come close to the great duels between the Milan Rossoneri and Juventus or Internazionale. 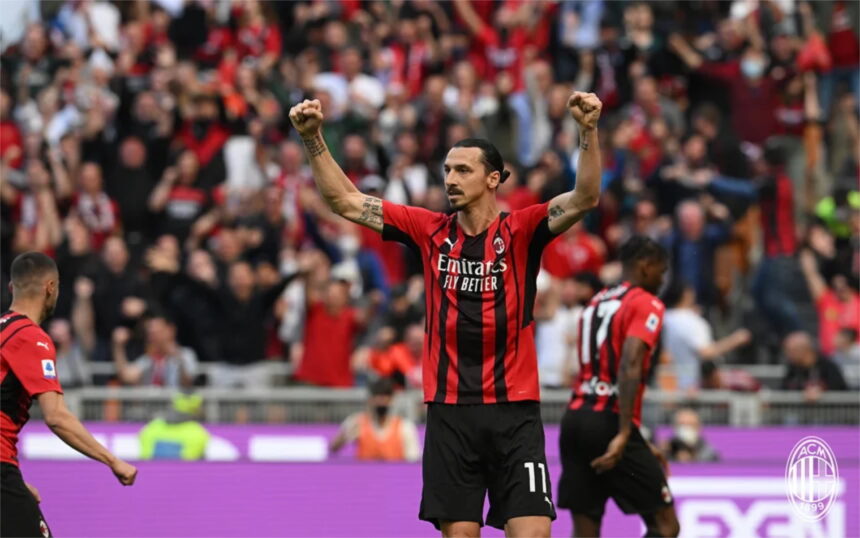 The “Rossoneri” around superstar Zlatan Ibrahimović won the first match broadcast in the Metaverse against Florence. | Image: AC Milan

For Luigi Di Siervo, president of Serie A, the broadcast in the metaverse is an important step: “We have chosen to be the first to broadcast a football match in the Metaverse because we believe that the frontier of technological innovation is extremely important for a modern league such as Serie A.” He added that it is necessary to go where young people will be moving in the future.

Africa and the Middle East are strategically important metaverse zones, according to Serie A

However, this first test run was reserved for soccer enthusiasts from Africa and the Middle East. According to Di Siervo, these are strategically important areas for Italian soccer, where Generation Z is dominant and particularly receptive to new developments.

The first broadcast marks the beginning of a long-term collaboration between Serie A and blockchain and metaverse platforms ConsenSys and The Nemesis.

During the broadcast, viewers in the Serie A Room on The Nemesis could play Serie A-related mini-games, access the league’s social media channels, or check live stats. Serie A provided users with a free T-shirt for their avatars.

What is the Metavers platform The Nemesis?

The Nemesis is a blockchain-based metaverse platform by Swiss-based UNDO Studios. Users can interact in a 360-degree virtual environment that they explore via VR headsets, smartphones or PCs.

The different worlds on Nemesis are created by users. Currently, the Nemesis worlds are mainly populated by brands, influencers, investors and players. Payment is made with coins, which have a value of $0.01.

The Nemesis offers different planets that are unique in their size and composition. They have so-called”lands, virtual base worlds of The Nemesis, which can then be edited with a 3D editor. For more details on NFTs, tokens and trade coins, see The Nemesis White Paper.

Sources: Reuters, Serie A, The Nemesis