The smartphone app Dinotracker AR uses the latest AR technology from Niantic. It shows what is currently possible with smartphone AR.

With Dinotracker AR, Android and iOS users can go searching for and interact with the dinosaurs from the movie. The animated prehistoric saurians appear life-size in the physical environment. This gives you a good impression of their size.

Discover digital dinosaurs in their more or less natural habitat

You can discover the following dinos:

Other dinosaurs you get to see are the Pteranodon, Dilophosaurus, Stygimoloch, Gallimimus, Nasutoceratops and Compsognathus. A trailer shows some of these dinosaurs in action.

Dinotracker AR is based on Niantic’s Lightship SDK and comes up with advanced AR features.

The app can determine in real time what type of environment the smartphone camera is pointed at and display a matching dinosaur, such as a pteranodon in the sky or a dilophosaurus in a meadow. 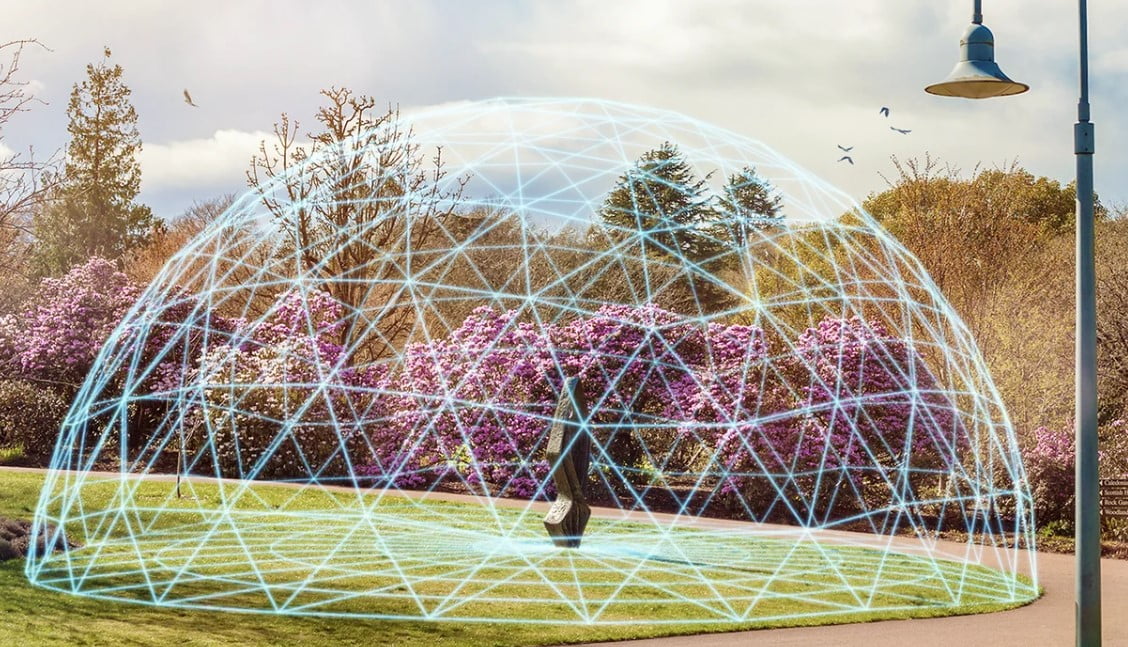 The dinosaurs are occluded by physical objects such as walls or tree trunks, which should make them even more realistic (see video above). This occlusion is enabled by Lightship SDK’s algorithms for understanding depth in images.

Users can throw food to the Comsognathus with their hands. The hand tracking uses Apple’s Core ML and Google’s Media Pipe. The dinosaurs are animated with shadow casting and react to the users, for example, when they get too close.

Dinotracker AR was developed by California-based studio Trigger XR and is available for download from Apple’s App Store and the Google Play Store.