It’s been a tough week for augmented reality

Apple, Microsoft, Meta: They all disappointed this week when it came to AR. It seems the industry is still on hold.

It all started with WWDC 2022, when some tech journalists touted Apple’s developer conference as an AR event. Apple would bring augmented reality back into focus, anticipate the arrival of the fabled AR headset with new software, or perhaps even unveil its Reality operating system. But far from it.

AR played virtually no role at the keynote. ARKit 6, which was unveiled during the conference, was only slightly improved and there were no other major AR updates. Only Roomplan stands out: a new interface that creates 3D maps of rooms in seconds. A feature that should become important for Apple’s AR headset. If it ever comes.

Two days later, it was reported that Alex Kipman is leaving Microsoft, apparently over allegations of sexual harassment and other misconduct against employees. Kipman was Microsoft’s AR visionary and was instrumental in the development of the Hololens. With his departure, Kipman’s augmented reality division has been absorbed by other parts of the company, raising questions about the future of the Hololens project.

There were already rumors at the beginning of the year that the AR headset is in trouble and could be abandoned by Microsoft altogether. At least the military Hololens received approval for further tests this week. Doubts about the feasibility of the multibillion-dollar defense contract surfaced recently here as well. If the deal had failed, that would probably have been the end for Hololens.

Finally, bad news followed yesterday from the third major AR player, Meta. There was talk of several setbacks in hardware development: a smartwatch project is dead, the flopped Portal devices will no longer be sold to consumers, and the marketing of Metaverse’s most important and prestigious product, the Nazare AR headset, is postponed for years.

The latter will not surprise anyone who knows about the development status of the device. Nazare is reportedly far from a wearable prototype, and a 2024 launch is therefore unrealistic, even if Meta were to sell the AR headset only to developers and enthusiasts, as originally planned. The first commercial AR device, codenamed Artemis, is now expected to launch in 2026 instead of 2024. 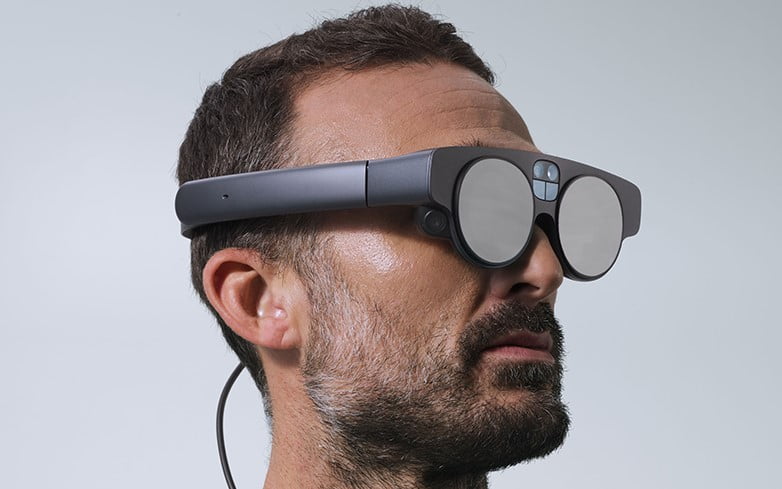 The big AR dream: the next four years are decisive

Crucial years ahead for AR

The next four years, I recently argued, looking at Meta’s product roadmap, will decide the future of the AR market. Apple, Microsoft and Meta have invested many years and billions in research and development, but AR headsets for the mass market are still not within reach. If there is no breakthrough in the next few years, the industry could be in for another winter.

Abandoned projects and postponed launches: We will hear about this more often in the coming years. It is possible that the history of the technology will take a different course than industry representatives and experts predict. It is conceivable that augmented reality will find a place between the mainstream and the niche: for example, in the form of video AR headsets that may not be street-ready, but are technically brilliant and offer real benefits.

The future of augmented reality: It remains shrouded in thick fog.