The Vive XR Elite is too expensive to compete against Meta Quest 2 and co. Nevertheless, the device is an important step – for HTC and possibly the VR industry.

CES 2023 is over, and the Vive XR Elite was the most prominent headset at the electronics show, along with Playstation VR 2. The first impressions of the press and trade show visitors were mostly positive.

This gives us hope that HTC finally hits the mark again after a long series of hardware missteps (Vive Cosmos, Vive Pro 2, Vive Flow) and has a device with broad appeal up its sleeve.

We will soon find out if this is really the case, because the Vive XR Elite is supposed to go on sale in March.

The price is admittedly a damper: HTC charges 1,399 Euros for the headset and VR controller in EU countries. In the US, it is $1099. The fact that HTC emphatically markets the device to consumers is a joke whose punchline no one understands.

That HTC’s ambitions are serious nevertheless is shown by the plan to build a platform for mobile VR apps based on the Meta Quest Store.

More than 100 VR apps are to be released in the launch window, including well-known software like Demeo, The Last Clockwinder (one of the best VR games of 2022), and Virtual Desktop. At CES, the Vive XR Elite debuted the standalone version of PC VR graphics marvel Hubris (review), demonstrating the headset’s technical capabilities. Other well-known titles were announced. 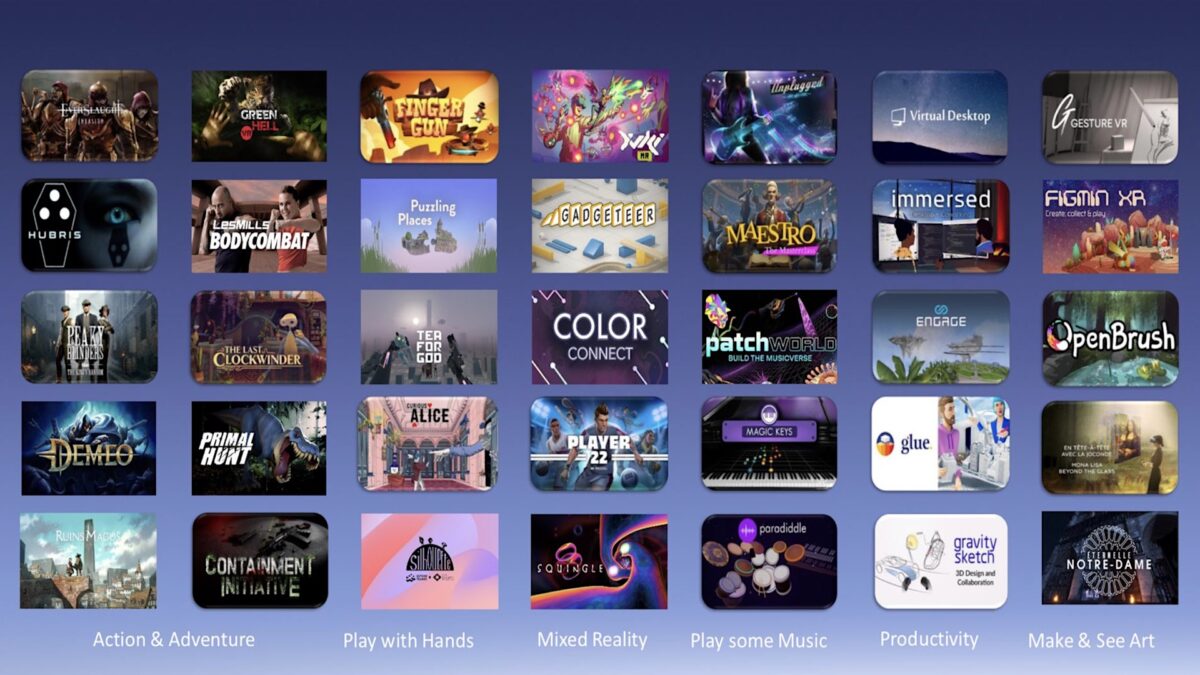 An overview of the software that HTC promises for Vive XR Elite. It is HTC’s largest standalone software offering to date. | Image: HTC

With this Store initiative, HTC is breaking new ground: neither with the Vive Flow nor with the B2B device Vive Focus 3 had HTC attempted to build a software platform of such scope, focusing on full-featured 6-DoF VR apps for end users. This will likely be a more important event for HTC and the VR market than the first iteration of the Vive XR Elite.

After years of Meta having sole control, some competition is emerging in the standalone VR market

HTC is paving its way into what is currently the most promising VR market, standalone VR, which Meta has been cultivating almost single-handedly for three years and which Pico and HTC are now also pursuing.

What was not foreseeable in 2020 and 2021 will be a reality in 2023: Consumers will be able to buy mobile VR apps on three different VR platforms before the end of this year. The fact that there is finally competition in this field is one of the best news of the year. For HTC, developers and consumers.

The fact that the Vive XR Elite is too expensive to compete directly with the Meta Quest 2 and the Pico 4 is secondary for now. More importantly, after years of B2B focus, HTC is finally stepping back into the ring and making its contribution towards a self-sustaining consumer VR ecosystem.

The Vive XR Elite is just the first iteration of the hardware, which will be continuously developed and replaced. What’s really new, and will grow steadily from day one, is the standalone platform itself. It does not break Meta’s quasi-monopoly, but at least creates a counterweight.