The slim VR headset Vive Flow was primarily aimed at end customers when it was launched in November 2021. In China, it was primarily intended for mobile video consumption; in the West, it was supposed to tap into a “mindful” target group with meditation apps.

In our Vive Flow test, the VR headset turned out to be more of a stress factor – with an outdated chip system (Snapdragon XR1), half-heartedly ported apps, and video streaming from the smartphone that often suffered from WiFi problems.

Now HTC offers a “Business Edition” for companies. The package for $499 includes the VR headset as well as business software. It also includes a 30-day trial version of the VR meeting app Vive Sync.

The professional edition of the VR headset comes with the “VIVE Business Warranty and Service” and includes a two-year warranty and right of return or exchange if required.

Like the Quest 2, the device can be operated independently. However, it has to be connected to a smartphone for power supply via USB-C cable (only Android devices from 6.0, HDCP 2.2 for streaming Netflix & Co.). Data transfer, on the other hand, works wirelessly via Bluetooth 5.0 and Wi-Fi.

In “Kiosk Mode”, users now put content in a queue to start it remotely later. Therefore, they no longer have to worry about accidentally closing content and having to start again, according to HTC.

The compact form factor is still a plus point because it only weighs 189 grams. Especially with the temples folded in, the VR headset is space-saving. The adjustable diopter lenses offer individual focusing for each eye.

HTC sees possible use cases in education, classrooms and healthcare, for example on the “XRHealth” therapy platform. Event streaming, VR arcades and mobile collaboration are also among the use scenarios, according to HTC. The LC display with only 1,600 by 1,600 pixels per eye (75 hertz, 100-degree field of view) makes it difficult to read text.

Besides streamed content, there are also native programs that run directly on the built-in chip. They are offered in the connected Viveport Store, including many “mindfulness and meditation apps”.

A problem criticized in our review could soon be a thing of the past: Although the Vive Flow offers full freedom of movement (6DOF) with its inside-out tracking, the smartphone had to serve as an error-prone 3DOF controller until now. The smartphone held in the hand served as a remote control with laser pointer, which did not map all movements correctly in space.

In contrast, a new optional 3DOF controller for about $60 is planned for the “Business Edition” of the Vive Flow. According to HTC, it enables intuitive control and menu navigation. It was supposed to be available in the official Vive store for business and end customers already today, but I could not discover it there. 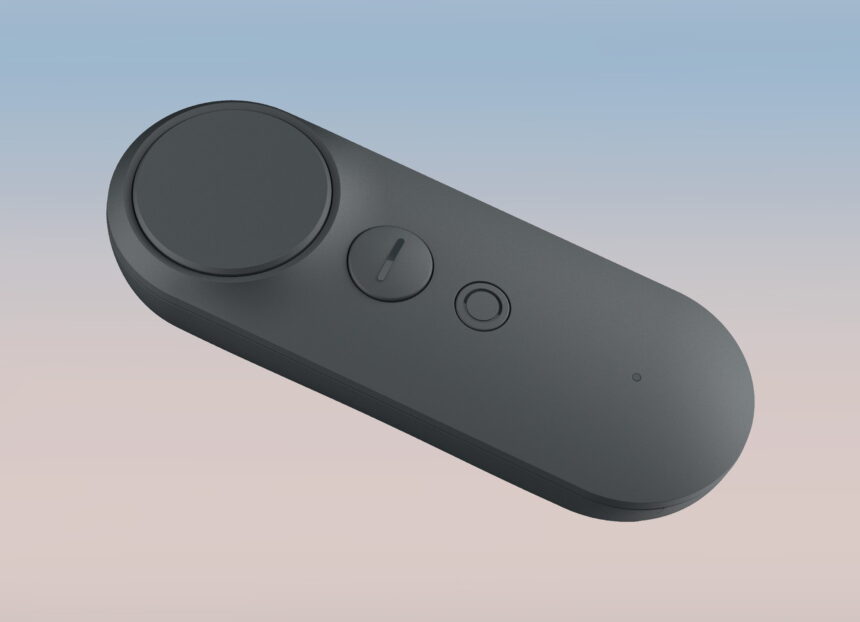 Even though the controller may work better than the smartphone, it is not a replacement for a 6DOF controller that also registers movements in the depth of space. HTC apparently doesn’t expect such a controller to be useful with Vive Flow, although it’s actually an industry norm by now.

Click here for the official store of the business version of the Vive Flow and the compatibility check of supported smartphones.