Horror master Eli Roth teams up with Meta again to bring an immersive slasher to virtual reality just in time for Valentine’s Day.

Director Eli Roth is producing his second VR film for Meta. Staying true to his favorite genre, he once again delivers immersive horror material for the Meta Quest 2 (review) and Quest Pro (review) with “Be Mine: A VR Valentine’s Slasher.”

This time, Roth uses the Day of Lovers as a motif. The thirty-minute VR film tells the story of Becca, a young woman stalked by an anonymous madman wearing a Cupid mask. She soon finds herself at the center of a frightening Valentine’s Day nightmare.

Roth serves as producer and writer this time around, leaving the director’s chair to Adam MacDonald. Peyton List (Cobra Kai), Inanna Sarkis (After We Collided), and Alanna Ubach (Euphoria) star in the lead roles.

“I had the most incredible experience making Trick-VR-Treat with Meta, and we wanted to push the experience even further with BE MINE, creating a true narrative experience where you’re at the center of a slasher film,” Roth told the Oculus Blog. 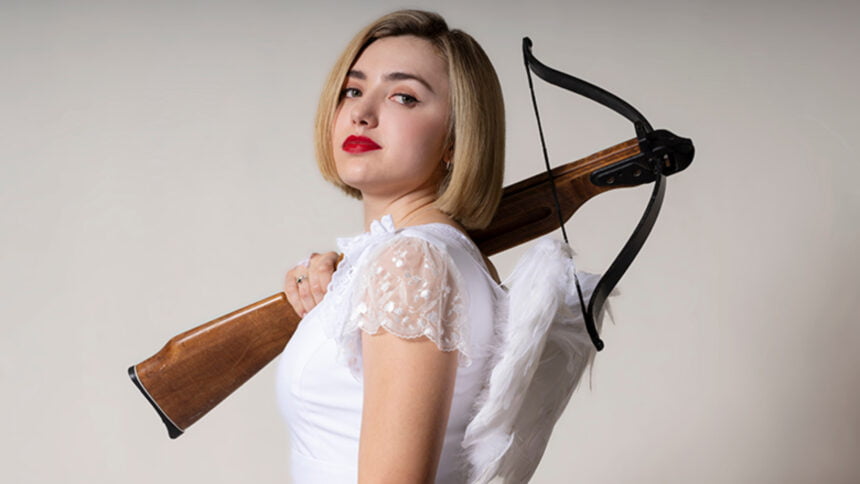 The lead role of Becca will be played by actress Peyton List. | Image: Meta

VR horror fans can catch the premiere of Be Mine on Feb. 10 at 7 p.m. PT in Horizon Worlds’ “Creepy Cabin.” Afterward, the VR horror flick will also be available as an on-demand title on Meta Quest TV.

There will also be a version for people without VR headsets, which can be streamed directly via Facebook and Instagram. You can find the first teaser on Facebook.