Cloud streaming, like Google’s Stadia, could be the killer feature of the company’s upcoming mixed reality headset. Google has already laid the foundation for it.

At the I/O developer conference in May, it presented an impressive new Google Maps feature: With Immersive View, Maps users can immerse themselves in a detailed 3D version of well-known cities on their smartphones and even virtually examine the interiors of restaurants and pubs.

The 3D graphics come from the cloud and use Google’s Stadia infrastructure. Google dubbed the new streaming service Immersive Stream for XR. A trailer released to accompany the announcement shows various application scenarios that resulted from Google’s cooperation with BMW and other companies.

Immersive stream for VR and AR headsets in the pipeline

The service, in its current form, is aimed at enterprise customers. Google cites shopping, tourism, kitchen design, and training as use cases. 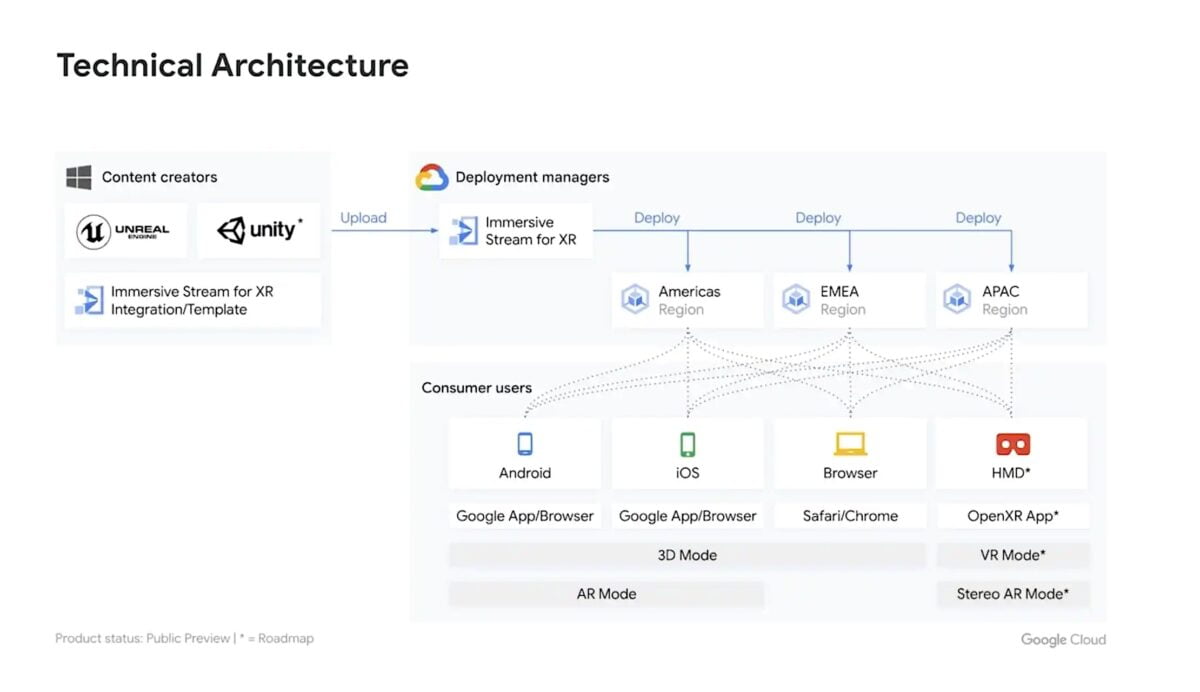 It could become more in the future. Google is rumored to be working on a mixed reality headset that could support both VR and AR via passthrough mode (see Project Iris). The report in question says that Google is considering using cloud streaming to compute AR content to get around technical limitations like limited processing power and waste heat. Project Iris is expected to launch in 2024, according to the report.

XR gaming from the cloud

Immersive Stream for XR could become the basis for such a headset feature. With its cloud infrastructure, Google is well positioned and could one day outpace competitors like Meta and Apple. Meta is launching a mixed reality headset in a few months (see Project Cambria), and Apple is expected to launch its first XR hardware early next year.

Meta is working on its own XR cloud streaming under the codename Avalanche and is currently conducting initial 5G tests with US carrier Verizon. Nothing of the sort has leaked out from Apple yet.

Cloud streaming holds enormous potential for tech glasses in general, as it could combine mobility and computing power. Today’s VR headsets are either mobile but lack computing power, or they are tied to a local computer.

The biggest technical challenge is the latency of cloud streaming. This needs to be lower than traditional 2D streaming because too much delay between the VR action and its visual translation into virtual reality can disrupt the experience and cause discomfort.