Cody Woputz was one of the first to demonstrate Virtual Reality to Mark Zuckerberg. The experience shaped his understanding of VR technology.

On February 13, 2014, Mark Zuckerberg visited the Virtual Human Interaction Lab. The Stanford Institute has been researching how virtual reality affects people since 2003. As such, it had some of the most advanced equipment and applications in the lab at the time – long before corresponding hardware and software came on the market for affordable prices.

Cody Woputz was a principal at the institute, and it fell to him to demonstrate virtual reality to Zuckerberg. Woputz would later join with colleagues to found Strivr, one of the most successful VR startups in the field of VR training. On Twitter, Woputz describes how he experienced that day and what went through his mind as he showed Facebook’s CEO a series of VR demos from the institute.

Zuckerberg is impressed with VR

Woputz has given thousands of VR tours, he said, and to many powerful people. But Zuckerberg’s visit was different, he said. This demo was by far the most important and “completely changed” his view of virtual reality, the developer and company founder writes.

I’ve witnessed the VR space grow from its infancy, back at the @StanfordVR Virtual Human Interaction Lab. I was there when Mark Zuckerberg came in to demo the tech, and it completely changed the way I looked at VR.

Here’s the story of that day:

Before Zuckerberg entered the lab, his bodyguards would have scrutinized the place. Afterwards, the celebrity guest was shown a series of experiences: walking a plank over an abyss, flying through a city, chopping down a tree, and looking at his avatar in a mirror.

Woputz feared the demos wouldn’t impress Zuckerberg, and he was wrong about that. During the plank demo, the floor opened up to reveal a giant hole, whereupon Zuckerberg put his hand over his heart in shock.

The demos were controlled by a system that gives the person demonstrating full control over the experience. Visitors can merely let the demos affect them.

During the demonstration, a strange thought occurred to Woputz. He became aware that he was controlling what Zuckerberg saw, felt, and experienced. Normally, it’s the other way around, Woputz says regarding Facebook’s power.

“In that moment, I wielded an incredible amount of power, and I absolutely hated the way it felt. Who was I to push the buttons of someone else’s brain?” writes Woputz. 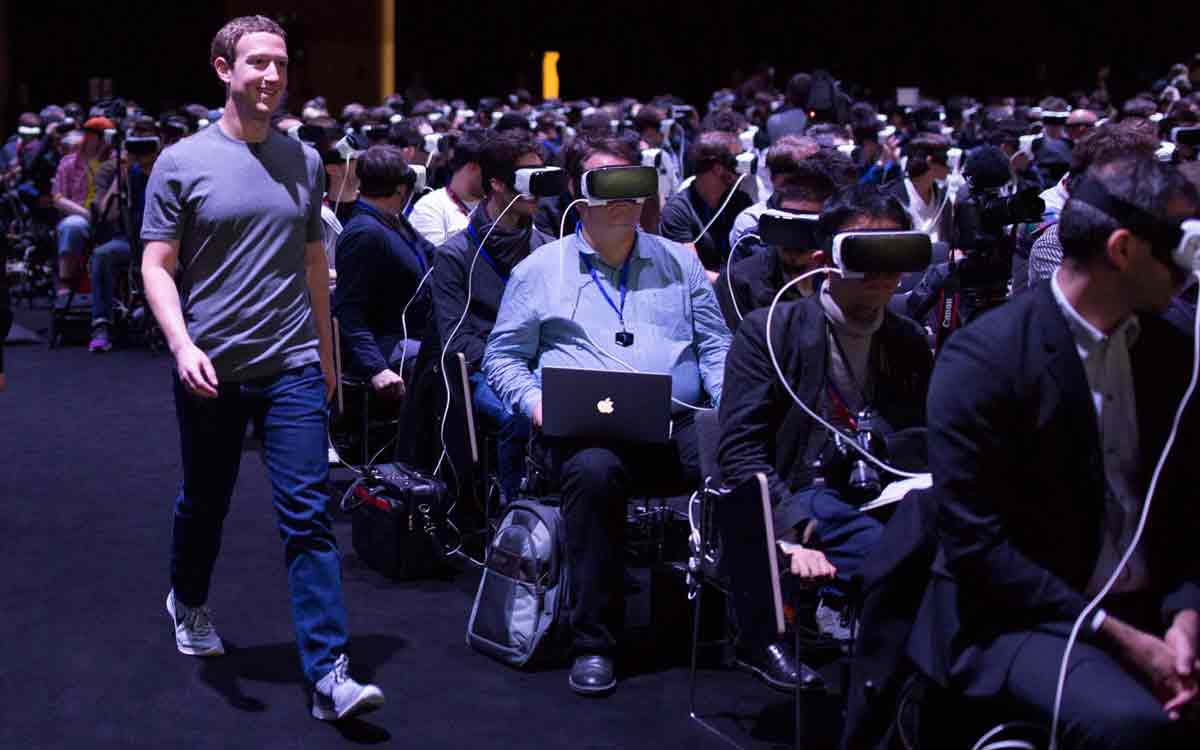 The developer wondered whether Zuckerberg was aware of how much power he was giving the demonstrator. Was the ease with which he thought people could be influenced using virtual reality was the reason Zuckerberg became interested in virtual reality?

Woputz feels honored to have witnessed this historic moment. However, he also hopes Zuckerberg uses this power responsibly.

It was not Zuckerberg’s first brush with modern VR technology. Facebook’s CEO had tried out technology from Oculus in January 2014. First in Menlo Park, then during a visit to the start-up’s offices, as you can read in the Oculus history “The History of the Future”.

In retrospect, Zuckerberg probably only visited the Stanford lab to be sure that no one had better VR technology than Oculus, Woputz said. In March 2014, Facebook bought Oculus for $3 billion. It was a move that had a massive impact on the VR industry and really fueled the hype around the technology.

Those who want to try out the Stanford VR demos can download them from Steam. You can learn more about the history of virtual reality in our long read.