Spatial viewing without VR headsets? Brelyon’s light field monitors are designed to make this vision a reality at the desk.

Startups like Creal and Avegant have been researching light field displays for VR headsets for some time. However, not everyone is willing to wear a clunky headset for a long period of time. Brelyon is therefore developing alternatives that stand firmly on the table in front of the user like a monitor.

At first glance, the principle is reminiscent of the 3D monitors and televisions popular around ten years ago. However, the company’s new light field displays are designed to envelop people sitting in front of them in a much more immersive way, similar to VR headsets.

Spatial images from a monitor

The “Ultra-Reality XBFGD” gaming model unveiled at CES 2022 was still reminiscent of a clunky monitor, but the dimensions are expected to shrink. According to Brelyon, the technology could offer a field of view that clearly extends beyond the physical limits of the device in the future. 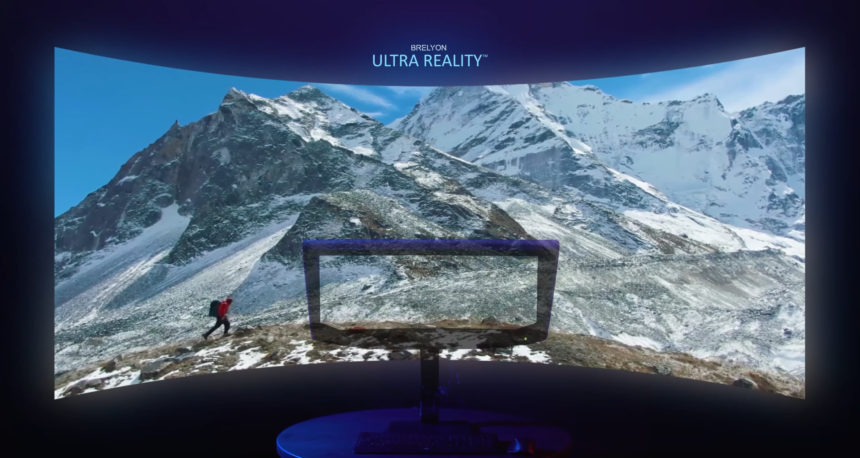 In Brelyon’s ultra-reality monitors, the field of view extends beyond the physical limits. | Image: Brelyon

Although there is only one flat device on the desk, users can see several virtual monitors, windows, programs, and even spatial objects all around them on a large screen. Currently, the field of view is over 120 degrees.

According to Brelyon, a breakthrough in research enables these developments. Patented light field propagation technologies expand the “angular range and visible aperture width for the desired light field and offer a massive panoramic field of view.”

To create an impression of depth in multiple layers, the associated software creates corresponding depth profiles. The technology already achieves modern screen standards such as a brightness of 1000 nits, roughly in the range of modern monitors or OLED televisions. Disturbing over-radiation effects should not occur. Compatibility with classic 2D content is no problem. 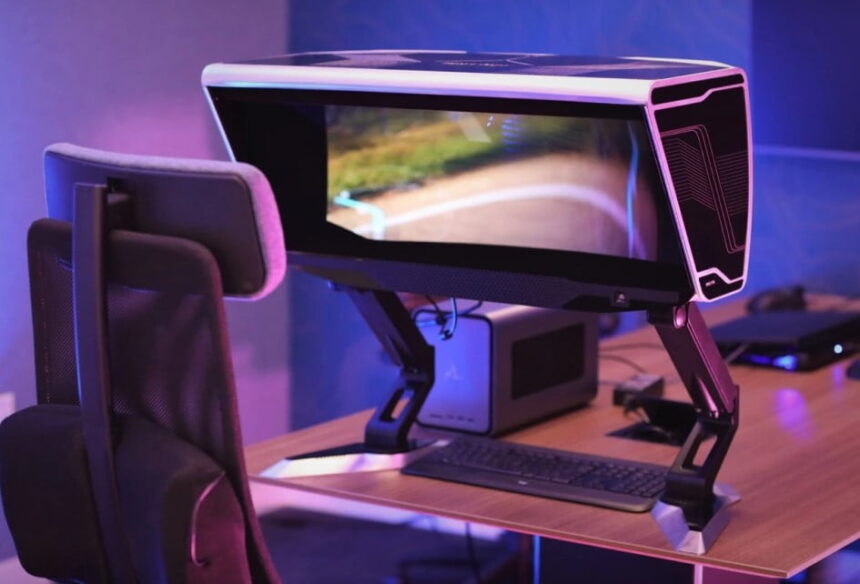 A monitor prototype is still a bit large. | Picture: Brelyon

Another clear advantage for long periods of use is that the ciliary muscle, responsible for accommodation of the eye, relaxes during spatial viewing. This is not the case with current VR headsets. The start-up Creal, mentioned at the beginning of this article, also wants to bring the technology into a VR headset. Working in particular on miniaturization is a priority for the company.

“If we can give you even half of the immersion of headsets with a device that doesn’t have to sit on your face and works with all existing content, then that would be a much more compelling progression of your computer experience and thus a better bridge to the emerging metaverse,” Brelyon CEO Barmak Heshmat said, explaining the monitors’ market potential.

Some companies and investors are showing interest in Brelyon’s monitors. More than 20 companies are participating in the early access program, according to Brelyon.

On Sept. 19, the company announced a $15 million Series A round led by lead investors Lockheed Martin Ventures and deep tech fund “E14.” The latter invests in spin-offs from MIT to gain access to employees and technical infrastructure.

Initially, the strategy focuses on fundamentals in manufacturing and software. Application areas at the beginning include work scenarios such as virtual conferences or the creation of visual content.

A partnership with electronics company LG should help with the later transition from business customers to the larger gaming and “metaverse market”. Pricing is not yet known. Interested parties can sign up on a waiting list for pre-orders on the company website.