So far, the startup has tested its system on various tours, such as specially prepared concert buses and movie theaters. Starting in the first quarter of 2023, the company plans to bring its digitally enhanced live experiences to music fans at home. With in-home streaming for VR headsets like the Meta Quest 2, users will then be able to experience the performances in the comfort of their own living rooms. 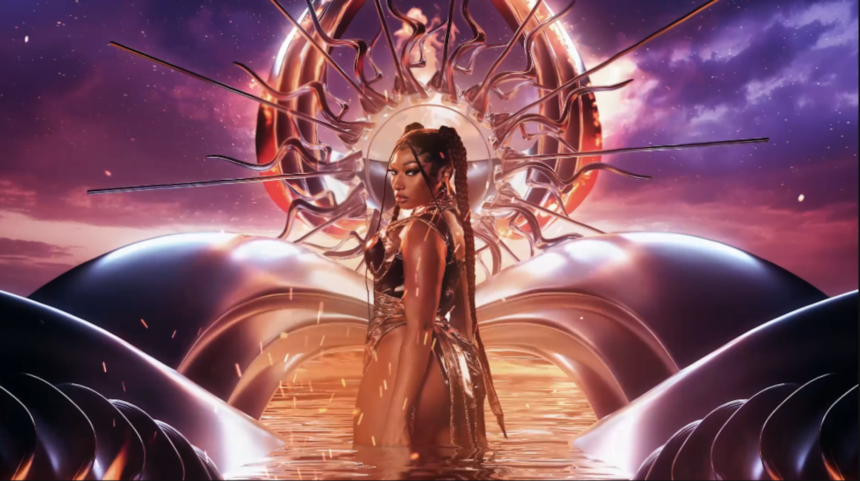 Ideally, AmazeVR would like to attract more backers by December 2022. Back in January, the company secured $15 million in investment.

One reason for the positive outlook may have been the successful “Enter Thee Hottieverse” tour this summer. The virtual concert by rap great Megan Thee Stallion toured AMC theaters in 15 cities, 75 percent of which were sold out.

According to Techcrunch, that’s about 4.3 times the average movie theater occupancy rate of 15 to 20 percent. At the same time, the ticket price of $20 to $25 is significantly higher than the average price of a movie ticket ($9.17).

In the first quarter of 2023, AmazeVR plans to release its “Music Metaverse service” in all major VR app stores.

The company isn’t naming exact platforms yet, but hints at them in the press release – including Apple’s rumored VR headset: “AmazeVR is leading VR concert production and online distribution ahead of some exciting launches in 2023, including next-generation headsets such as the Meta Quest Pro (October 2022) and Apple’s own VR headset.”

Already known is a partnership with K-Pop agency “SM Entertainment” (aka “Studio A”). For more gigs with other K-Pop companies, AmazeVR is currently looking for “AI Engineers, Unreal Engineers, and VFX Artists.” The Los Angeles-based studio also has an office in Seoul.

The production technology for the VR concerts seems sophisticated: The events are recorded in advance with self-developed 9K cameras. For digital backdrops and effects, AmazeVR uses the Unreal Engine. This creates a mixture of real film and digital animation technology.