2Sync transforms your home into a tangible VR world

Take cover behind the couch, the carpet is lava, the bed a trampoline: The 2sync SDK turns the real environment into a virtual game world. How does it work?

With the 2Sync SDK, an apartment or a complete house can be transformed into a virtual reality game world. In the tech demo Room Jam for Meta Quest 2, real furniture in VR becomes virtual coffins and tombstones that provide physically tangible cover.

Who is behind 2Sync?

“We are Moritz and Julian from 2Sync. Moritz developed the idea of the “House Scale VR SDK” and the software at Potsdam’s Hasso Plattner Institute (HPI) as part of his master’s thesis,” Julian Zietemann tells us. “In the summer of 2021, Moritz presented his project to me at an HPI event. Above all, its use in the home completely convinced me.”

What can the 2Sync software do?

“The 2Sync SDK is intended to enable all developers to create room-independent VR experiences,” says Moritz Loos. “Space-independent means that the virtual world is generated individually in each room. Objects and conditions of the room structure are included in an automated way.”

As a result, objects can also be integrated haptically into scenes. Virtual objects become touchable and usable in any room up to entire houses or production halls.

“We want to bring the benefits of location-based experiences to the home or to unprepared scenes,” says Loos. “In doing so, it becomes possible to interact with real objects and move freely in the virtual world.”

Who is the 2Sync software for?

2Sync sees a variety of target groups and application scenarios. “In our RoomJam tech demo, we’ve already shown how fun a VR game can be that uses this principle. It involves defending the entire virtual house against monsters,” Loos says, describing the demo.

But its use is not limited to the entertainment sector, says Moritz Loos: “There are also a variety of applications in research and companies, such as virtual training courses that incorporate the working environment. Or visiting model homes where furnishings are visualized for customers without the need for manual design processes.” 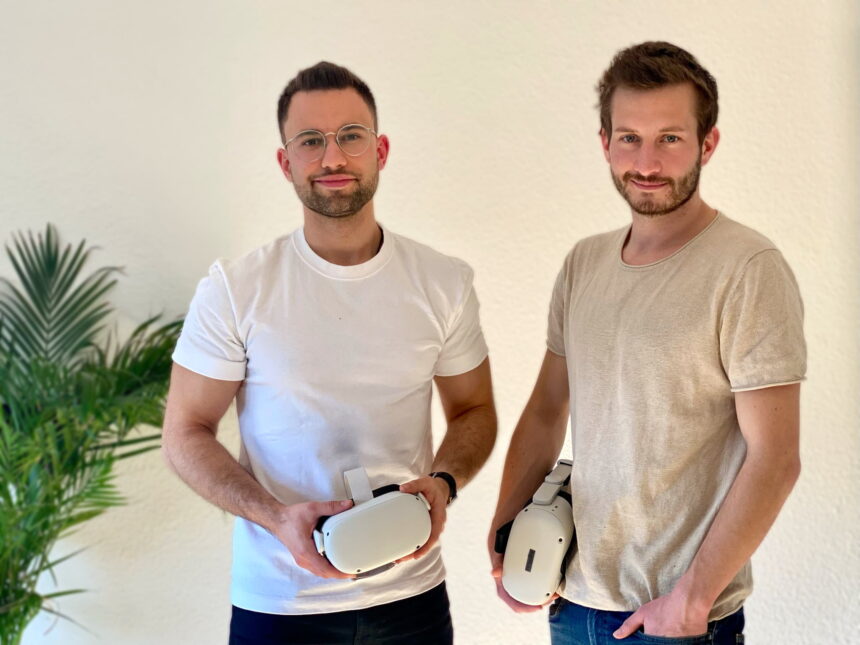 The duo for 2Sync: Julian Zietermann and Moritz Loos (from left to right). | Image: 2Sync

Although VR experiences are becoming increasingly popular, they are currently still static and often incompatible with reality: “Plants are in the way, objects have to be moved away so that there is enough space for an immersive experience,” Julian Zietemann explains. That limits the benefits.

“Even with affordable devices like the Meta Quest (2), such immersive experiences tend to celebrate success in the location-based sector rather than at home,” Zietemann says. “With 2Sync, we want to change that and use environments as they are. Elaborate preparations are not necessary.”

This would open up unprecedented “house-scale” application scenarios.

Where is 2Sync right now, and what hurdles must be overcome?

“In the final steps toward market readiness, we want to enter into discussions with development studios and companies,” says Zietemann, explaining the next steps. “Together with them, we’ll work out how and where House Scale VR experiences can be used and how developers can make the best use of our SDK.” 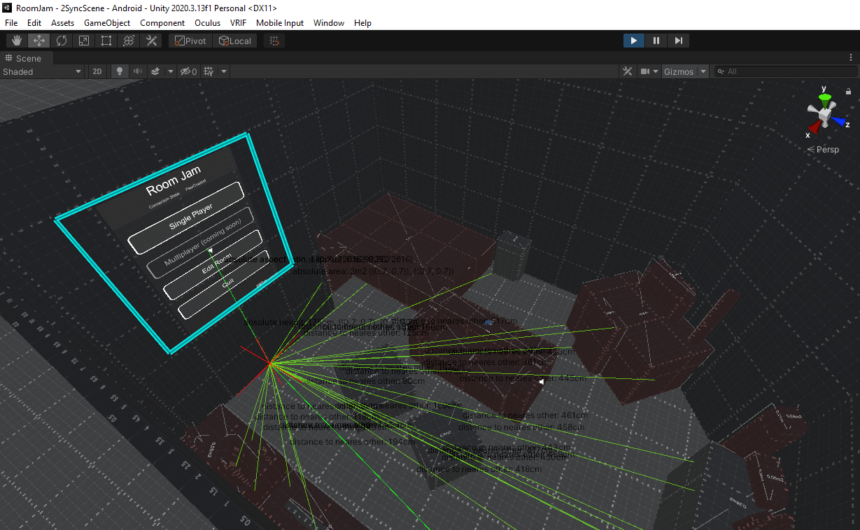 The biggest difficulty is the automated room scan. “This is an important aspect if we really want to bring 2Sync comprehensively to the market,” says Zietemann. “Currently, this room scan still has to be created manually by the user. However, an automated scan of the room has been technologically possible for a long time: either with the smartphone in the pocket or via the cameras of the VR device.”

However, the manual scanning process should be easy and quick for the user.