High-end VR headsets from Varjo will soon be part of an immersive racing simulator. When will you be able to put your hands on the wheel?

Two Finnish companies are teaming up to deliver an immersive racing simulator that aims to achieve unprecedented realism. Finish company Varjo, known for its high-definition VR headsets, is partnering with racing specialists Simucube for this purpose. We expect an early presentation later this year.

The Varjo Aero provides the virtual reality portion of the planned racing simulator. Released at the end of 2021, the high-resolution PC VR headset targets consumers directly for the first time – primarily VR enthusiasts and simulation fans. 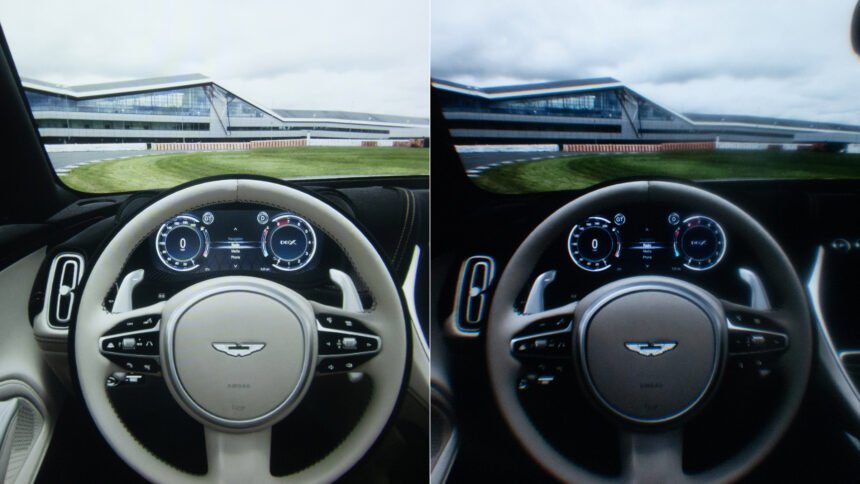 With a resolution of 2,880 by 2,720 pixels per eye, the Varjo Aero trumps even the previous simulation leader, the HP Reverb G2 (2,160 by 2,160 pixels per eye). In addition, the headset features specially developed mini-LED displays supposed to deliver better black levels and higher contrasts than LC displays.

In our test, the pixel density and new aspherical lenses provides an almost perfect picture without god-rays or glare. Where the high-end VR headset still has room for improvement, you can read in our detailed review of the Varjo Aero.

Varjo: Simucube tops in the field of digital motorsport hardware

The project combines Varjo Aero with racing hardware from Simucube, also founded in Finland. They produce high-precision steering wheels and pedals with realistic force feedback and other components for professional racing simulators.

The collaboration convinced Rune Huse Karlstad, head of the racing simulation project at Varjo. Simucube, he says, is at the forefront of digital motorsport hardware. In combination with Varjo Aero, he says, an unprecedented, natural, and comprehensive training simulation is achieved.

“As a driver, you will be fully immersed in the action and experience an unmatched level of realism in both the physical and virtual worlds,” Karlstad said.

There is no finished prototype or concrete information about the racing components used yet. Initially, Varjo and Simucube plan to showcase their racing simulation experience at industry events such as the ADAC Sim Racing Expo in December 2022. The manufacturers’ further plans are not known.