System Shock 2 Enhanced Edition will get a full VR version. Read all known details about the VR port here.

What is System Shock 2? What does the Enhanced Edition offer? And for which VR glasses is the version coming? I have summarized what we already know for you in the following sections.

What is System Shock 2?

System Shock 2 is a computer game with cult status that was released for the PC in 1999. The then unique mixture of action role-playing game, first-person shooter and survival horror was developed by Looking Glass Studios (Thief: The Dark Project) and Irrational Games under the direction of Ken Levine, who later made video game history again with Bioshock and Bioshock Infinite.

System Shock 2 is set in the 22nd century aboard a spaceship that has been hijacked by mysterious beings. The player slips into the role of a cybernetically upgraded soldier who gets to the bottom of the events. We are accompanied by the artificial intelligence S.H.O.D.A.N., which pursues its own goals.

Players can choose between three character classes that play differently: a marine specialized in combat, a hacker and a secret agent with supernatural powers. As the game progresses, the character can expand his abilities through upgrades. The game is played from the first-person perspective. 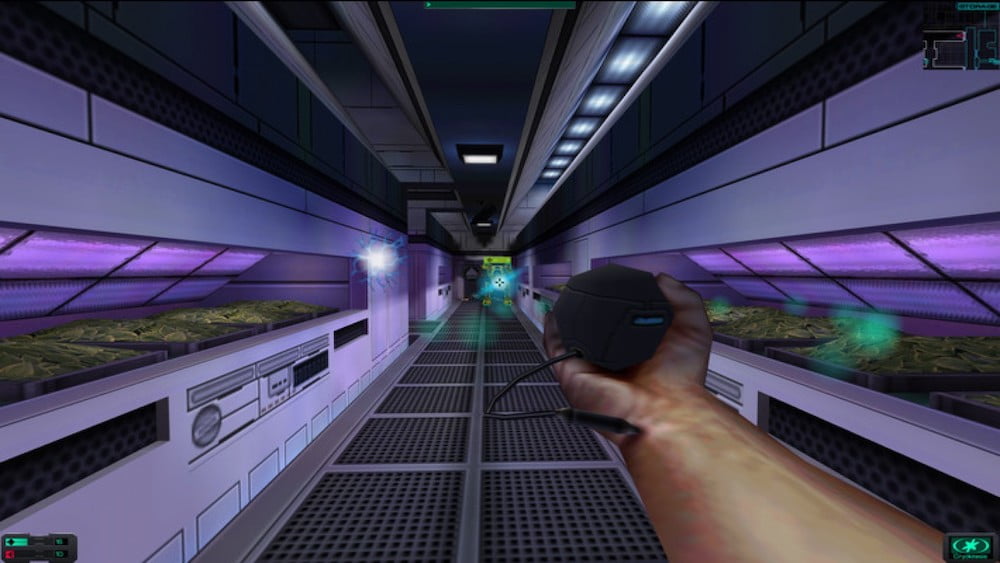 What is System Shock 2 Enhanced Edition?

In 2013, the newly formed Nightdive Studios re-released (Steam) the aging game for modern PC systems. An enhanced version of the first System Shock followed in 2015 (Steam).

System Shock 2 Enhanced Edition was announced on August 11, 2019, the twentieth anniversary of the original. For the Enhanced Edition, the game will be fully ported to Nightdive Studio’s proprietary KEX engine, which, like the Enhanced version of the first part, should bring 4K support, achievements, and improved controls.

The developers also want to implement nicer character and weapon models, as well as texture packs and mods from the fan community. This should make the game look a bit more contemporary without changing the style of the original too much. Co-op mode is also supposed to work now.

What is System Shock 2 VR all about?

On January 10, 2021, there was news about System Shock 2 Enhanced Edition again after a long radio silence.

The developers released a short video on Twitter that shows VR support. In the video, a developer can be seen playing the game with a Valve Index controller.

Our Notifications: “Is System Shock 2 EE still a thing?”
Us:?? pic.twitter.com/nYgX0xnVBa

On January 22, Nightdive Studios confirmed in a Kickstarter update that a separate VR version of the Enhanced Edition is in development.

In a February 12, 2012 interview with IGN, Nightdive CEO Stephen Kick describes System Shock 2 VR as a “full VR version” that will be implemented by a separate VR team. Kick emphasizes that the game is being developed from the ground up for virtual reality. For example, you’ll be able to swing and reload weapons with your own hands.

The team has studied other VR games for the VR implementation, including Half-Life: Alyx. In System Shock 2 VR, for example, you should be able to pull objects towards you from a distance, just like in Valve’s VR masterpiece.

The studio got the idea for a VR version while reconstructing missing game files. Nightdive brought a VR expert on board to look at the code and figure out if the game was expandable to virtual reality. It was, the studio found after a thorough review. The VR version will support single-player and multiplayer modes. The latter offers cross-platform support: one player can play in VR while the other plays on a PC.

When will the Enhanced Edition and the VR version be released?

There is no exact release date for the Enhanced Edition (yet). Nightdive Studios is working on a remake of the first part in parallel (Steam). The remake has been in the works for a very long time: A Kickstarter campaign for it was successfully completed in 2016.

In the same update, the developers wrote that a standalone VR version of System Shock 2 Enhanced Edition is in development. In an interview with IGN, CEO Stephen Kick said that System Shock 2 VR is still in the prototype phase and will be released after the monitor version and the System Shock remake are released. It is not known exactly when.

For which VR glasses will System Shock 2 VR be released?

The VR version should almost certainly be released for PC VR glasses, after all, the developers demonstrated the game with a Valve Index.

Graphically, the Enhanced Edition could also run on a Meta Quest 2, as evidenced by existing quest ports of classic games from the same era like Half-Life (1998) and Return to Castle Wolfenstein (2001). Oculus Link (PC connection via USB) should be an alternative in any case.

However, none of this has been confirmed. The developers have not yet commented on which VR headsets and platforms will be supported.

Right now, it looks like fans will have to wait  a bit longer for System Shock 2 VR. Neither the System Shock remake nor System Shock 2: Enhanced Edition have been released yet, and the studio doesn’t want to give a launch window.

In a Kickstarter update, the developers write about the status of System Shock 2 VR: “As for SS2:VR, it is understandably a lower priority for us at the moment and since it builds on SS2:EE, that version takes precedence. We look forward to sharing more about SS2:VR when the time is right.”