Want a controller upgrade? The Touch Pro controllers that launched with the Quest Pro are available as a hardware accessory for the Quest 2.

The Touch Pro Controllers ship with the Meta Quest Pro (review). However, they are also compatible with Quest 2 (review) and, as of December 6, can be ordered separately from the Quest Pro.

For this reason, Meta chose the name “Meta Quest Touch Pro Controllers” and not “Meta Quest Pro Touch Controllers”. It is quite possible that they will also be compatible with Meta Quest 3, expected next year. 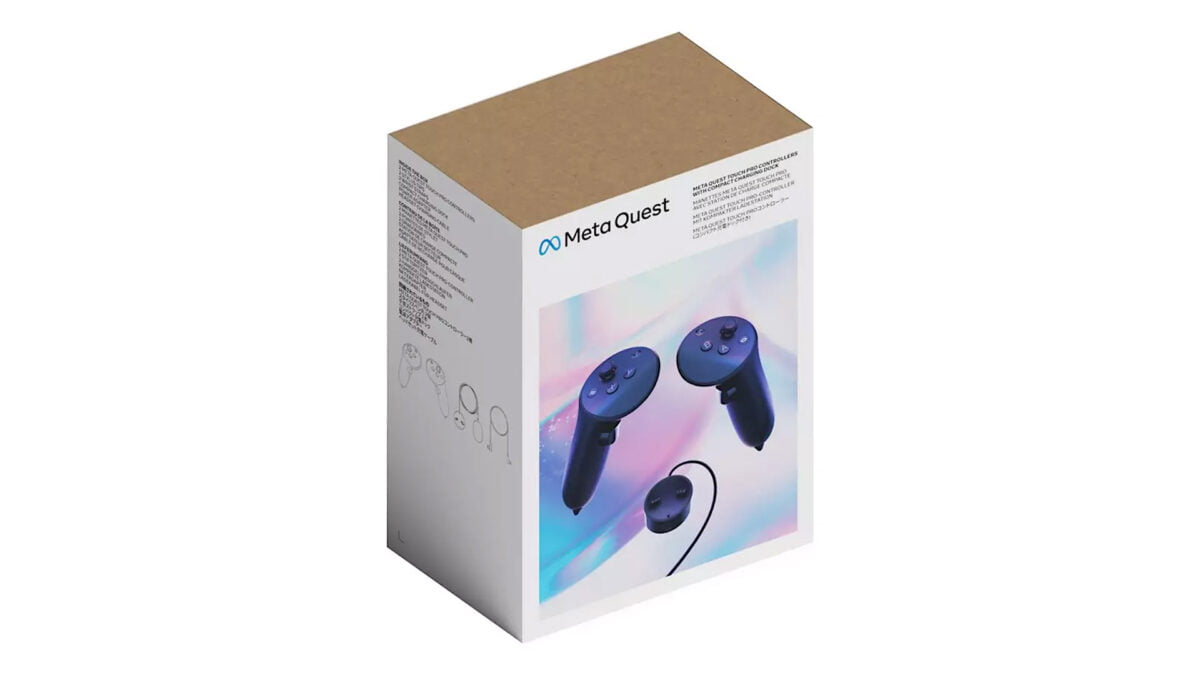 The packaging of the Touch Pro controllers. | Image: Meta

While Meta Quest Pro has its strengths and weaknesses and has met with some criticism from the press, the included controllers are generally popular. Some even think that the controllers are the best thing about the Quest Pro.

The biggest feature of the new controllers is that they track themselves using integrated cameras. Therefore, they no longer need tracking rings and even track reliably when not in visual range with the Meta Quest 2 cameras, for example behind the back or under a table. 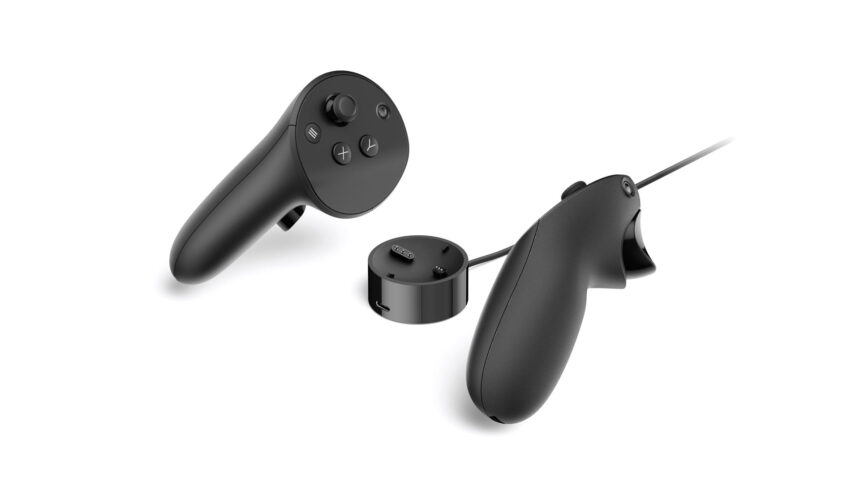 The Touch Pro controllers charge with a charging station or individually via USB-C cable. | Image: Meta

Also new is the TruTouch haptics, which provides more realistic haptic feedback. While previous touch controllers only integrated a single haptic unit, the Touch Pro controllers offer three (for the trigger, the thumb rest, and the grip). In addition, there are various (pressure) sensors that enable new forms of fine motor interaction. You can read more about this in our info article about the Touch Pro controllers.

Premium controller at a premium price

At about a third-of-a-pound, the new controllers weigh a bit more than the Quest 2 controllers (about a quart-pound without batteries), but they have a battery installed and are charged via a mini-charging station or USB-C cable. The scope of delivery also includes a power supply and two pen tips for more realistic writing and drawing in VR. These attach to the end of the grip.

The Meta Quest Touch Pro controllers cost $299.99 and are available from the Meta store now. It is unclear whether they will also be available from Amazon and other retailers at a later date.

The scope of delivery without stylus tips. | Image: Meta