A screenshot has surfaced in the official Quest developer documentation that promises support for body tracking.


Meta released new features for Quest developers last week, including the ability to use Meta’s keyboard recognition in VR apps. In the accompanying documentation, David Heaney of UploadVR noticed a screenshot that shows a previously unannounced feature: body tracking.

The corresponding support can be seen between the entries “Hand Tracking Frequency” and “Tracked Keyboard Support”. The red markings are from Meta. 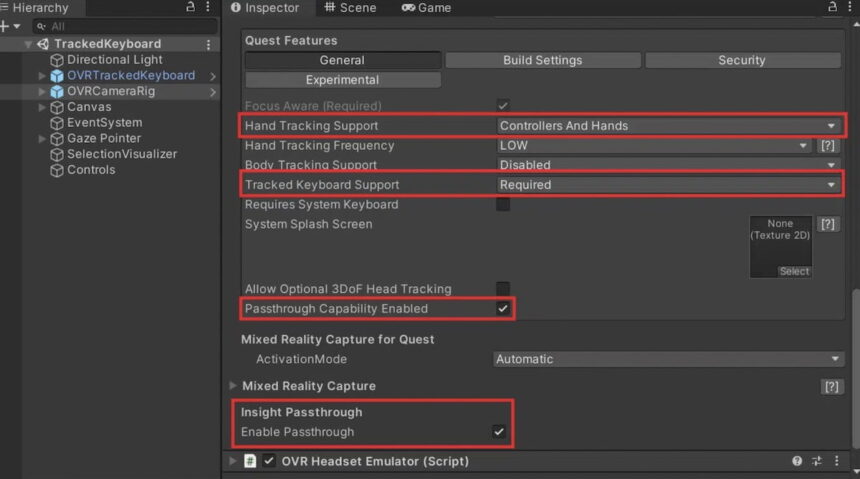 Body tracking is listed as a general quest feature on the screenshot. |Screenshot: UploadVR

The screenshot shows a yet unreleased version of the Oculus Integration SDK, which allows developers to build Oculus apps in Unity. Body tracking appears alongside other quest features such as hand tracking and passthrough mode. The screenshot has since been removed and replaced with another in which this feature is no longer visible (see official documentation).

Full body tracking is an unsolved problem, at least if you want to do it without external tracking accessories. The Meta Quest 2’s integrated sensors do capture head, hand, and finger movements, but the lower part of the body is usually not visible to the cameras or is covered by the arms. What the body tracking feature could offer and how it could work remains a mystery.

Perhaps it is a feature that will only be supported by Meta’s next VR goggles, the High-end device Cambria (info). A video leak from last October showed a Cambria user configuring her avatar in front of a mirror, with the avatar mimicking all body movements. It is possible that the VR headset can use a physical mirror to track users’ body movements and transfer them to avatars.

David Heaney sees a third possibility: body tracking using Meta’s Portal video chat device. The product has a camera built-in that could detect body movements from the outside and transfer the tracking data to the VR goggles.

This solution is not perfect either, as it relies on constant visual contact between device and user and requires external means.

The latter also applies to body tracking using electromagnetic sensors, which researchers at Reality Labs and ETH Zurich developed. They produced particularly lightweight and compact sensors that have to be worn on the body, but can transmit movements to VR goggles without visual contact.