In Ubisoft’s new VR game, you take on the role of the Paris fire department, which has to save Notre Dame Cathedral from the flames.

On April 15, 2019, the 850-year-old Parisian cultural monument caught fire and the images of the burning church went around the world.

A new feature film by acclaimed French director Jean-Jacques Annaud (The Name of the Rose, Seven Years in Tibet) reconstructs the dramatic events: Notre-Dame on Fire shows how the men and women of the Paris Fire Brigade risked their lives to save the church from total destruction.

In early 2021, Annaud contacted French game publisher Ubisoft. His idea: to release a video game experience to accompany the film.

Ubisoft was not chosen by chance: the publisher created a historically accurate reconstruction of Notre Dame for the 2014 video game Assassin’s Creed Unity, set in 18th-century Paris.

In September 2020, Ubisoft released the free PC app Notre-Dame de Paris: Journey Back in Time, which allows users to freely explore the 3D model of the church.

Ubisoft and Annaud agreed to produce a VR game. Ubisoft had access to the film’s script for development and drew inspiration from it, Ubisoft manager Deborah Papiernik tells the website Variety. The 3D model of the church from Assassin’s Creed Unity served as the graphic basis. 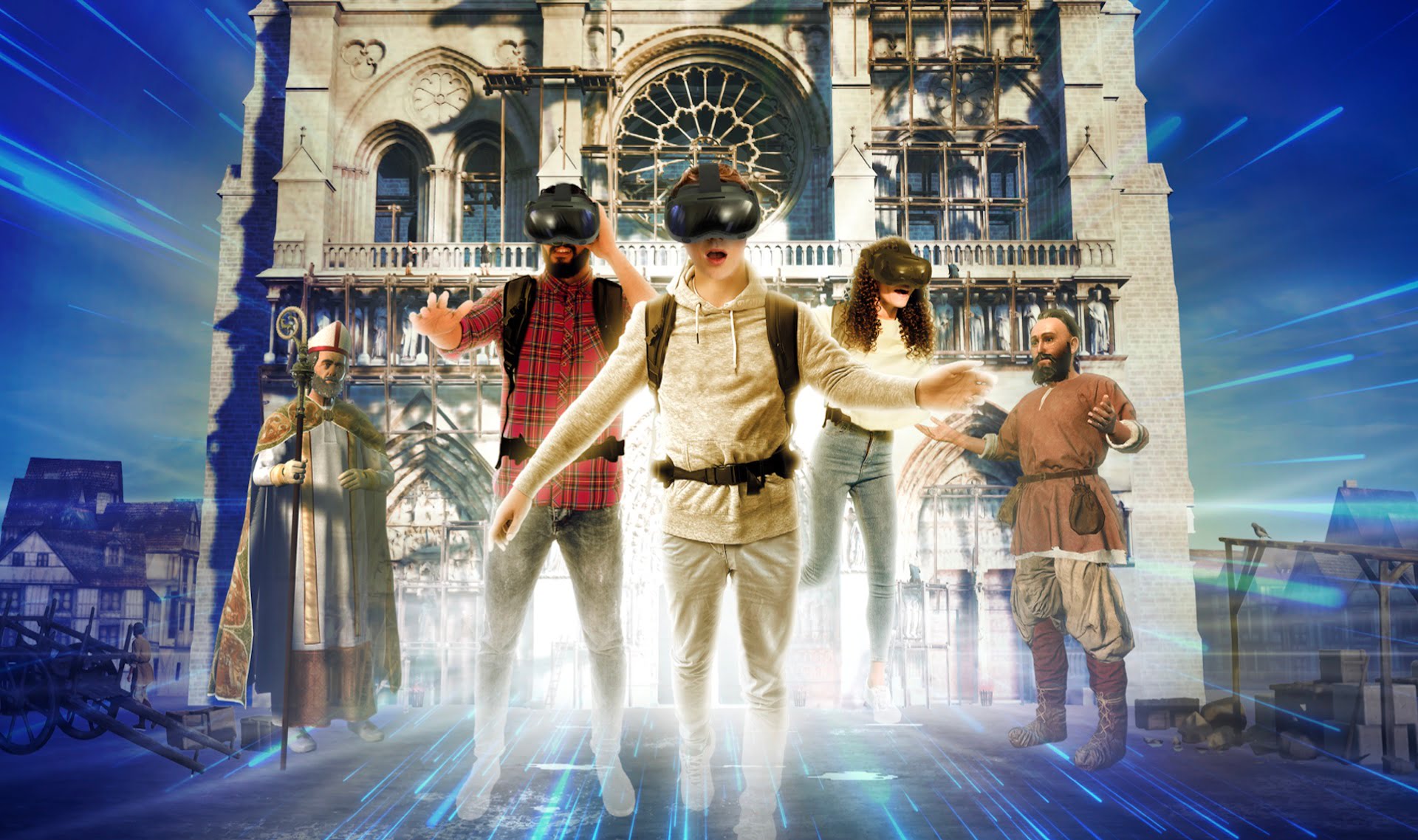 The virtual reality game was developed for VR arcades, plays like an escape room, and is a cooperative experience that is experienced in a group. Visitors have to save valuable relics and fight the fire under time pressure in the role of the Paris fire department. Unfortunately, there are no pictures or videos yet.

The VR game is scheduled for release in March 2021, the same month as Annaud’s feature film. The release will take place worldwide. Ubisoft has partnerships with 630 VR arcades that offer similar VR escape room games from Ubisoft such as Escape The Lost Pyramid, Beyond Medusa’s Gate, and Dagger of Time.

There are also dozens of VR arcades in Germany offering Ubisoft experiences (see official website with interactive map), which should include Notre Dame in the near future.

The announcement comes right on the heels of the launch of Eternal Notre Dame, another Notre Dame-focused VR experience in which you also walk through an accurate 3D reconstruction of the cathedral. The real church is scheduled to reopen in April 2024 after extensive restoration work.