HTC Vive is once again poaching in areas beyond virtual reality: Following an auction platform for NFT art, the company teased a mysterious apparatus on Twitter just over a week ago. The unveiling followed today: The “HTC Vive Mars Camtrack” is an all-in-one solution that is supposed to simplify recording actors in front of virtual backdrops.

The system is designed to make virtual productions faster, easier and more affordable, both in pre-production and on set. To achieve this, it combines camera footage and recorded tracking data into one device.

All components fit into a small carrying case and come with accessories such as cables and power supplies. The “Mars” box, weighing around 3 pounds (1.36 kg), is the heart of the system.

Among other things, it offers a seven-inch touchscreen and connections such as BNC (for “genlock” signal synchronization), a 3.5-millimeter audio jack (for timecode) and three “RJ45 PoE” ports (for LAN connection to accessories including power supply).

There are also three smaller mounts, so-called “rovers”, on each of which a Vive tracker (model 3.0) is mounted and connected via USB. This twin pack is then screwed either onto cameras or onto a calibration plate behind the actors.

Together, the trackers ensure that the virtual background moves correctly in perspective to the camera and the actors. The package includes two Vive trackers (3.0) and three matching “rover” mounts.

On the side, two included base stations (2.0) on tripods capture all trackers: This allows for a recording area of five by five meters. If you want to use up to ten by ten meters, you have to buy and set up two more base stations.

Another application looks particularly fascinating in the trailer: You can mount a tracker on a spotlight to pan a real or virtual cone of light through the computer-generated world.

The Vive trackers in the package are well-known: VR enthusiasts have been attaching them to their arms and legs for years to synchronize their movements in the real world with the virtual figures. Thanks to laser-based Lighthouse tracking, positioning is extremely precise.

The Mars Camtrack offers a wide range of possible applications, for example motion capturing, mixed reality videos or so-called “VTubing” (Youtube with virtual reality avatars). In the announcement, Jim Geduldick of Dimension, a production company specializing in volumetric productions, praises the combination of genlock synchronization, camera and lens calibration, multi-camera support, and integration with Unreal Engine via LiveLink. Thanks to the LiveLink connection, Unreal Engine previews are available directly on set.

Ideally, this combination ensures that actors can move through many virtual sets during production with relatively little effort. Especially during setup, Camtrack reduces laborious workflows and provides a simple and precise solution for camera tracking.

Relief for the environment – and your wallet

The simple, digital setup also benefits the environment, HTC says. Many of the cost factors of classic filming are eliminated, including crew transportation, building and powering sets, and disposing of old props.

The system could also prove to be a relief for the production budget. The SteamVR tracking system used is cheaper than, for example, a professionally used Optitrack motion capture system, especially for larger areas: the more expensive competitor can quickly cost a six-figure sum depending on the area and number of cameras. 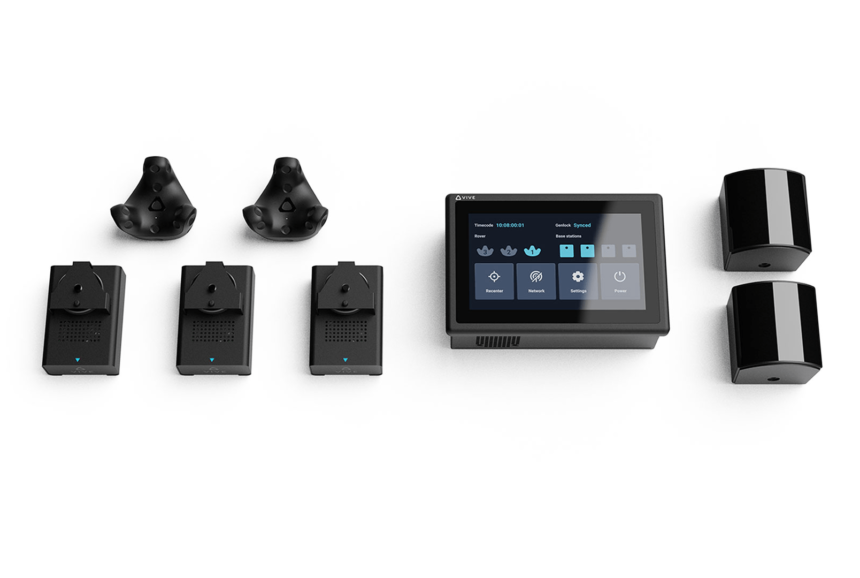