In November, Holoride brought VR games to some Audi models. A retrofit solution now makes other vehicles compatible as well.

The system taps into vehicle data points including navigation and sensor data in real time and dynamically adapts the VR experience. A retrofit package is now expected to make all cars virtual reality-ready. At CES, the manufacturer announced that “Holoride Retrofit” is now available for $800.

Virtual reality for all cars

All vehicles are supported, regardless of make and year. The design of the hardware is reminiscent of a small, black smart speaker. At about a third of a pound, the box attaches to the windshield thanks to an included suction cup mount. 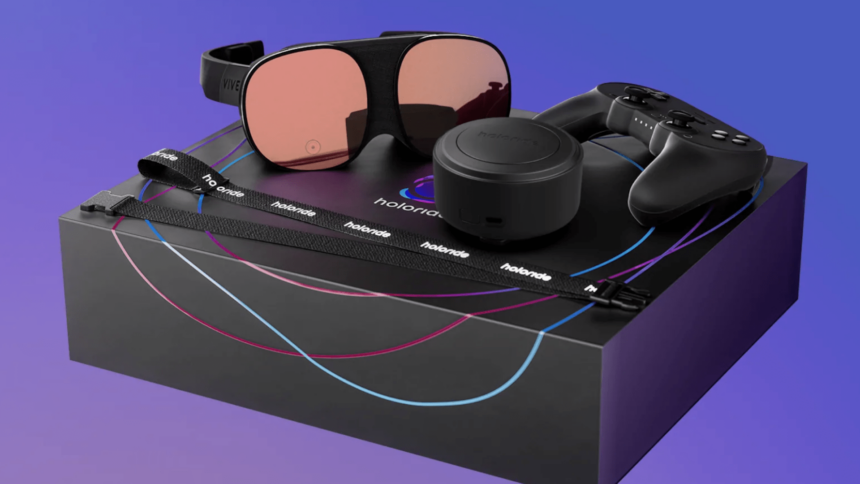 The small round “puck” records the car’s motion data and forwards it to the VR headset. | Image: Holoride

Using the same technology in Holoride-enabled Audi vehicles, Holoride Retrofit connects to a VR headset via Bluetooth. The box then transmits the vehicle’s movement and location data.

“Now, any vehicle can serve as your gateway into Holoride’s adaptive virtual experiences where each new ride becomes the blueprint for your next immersive adventure,” said Holoride CEO and co-founder Nils Wollny.

The battery reportedly lasts for 14 hours on one charge and charges from the vehicle’s battery. A USB-C to USB-A cable is included. Up to two VR headsets can connect at the same time, so two passengers can use the system simultaneously.

In addition to the Retrofit box, the retrofit package includes an HTC Vive Flow, a game controller, a one-year subscription to the Holoride platform, and a safety strap that attaches to the vehicle’s seatbelt. The retrofit solution is also available individually for $199. The software subscription costs $21.20 per month or $15.90 annually.

The “adaptive” games and applications in the growing content library react in real time to the vehicle’s movements. If the car moves around a curve, the virtual world rotates accordingly. Thus, game elements such as a rotating gun or a hovering battle mech remain aligned with the direction of travel.

In addition to game content, the growing software catalog offers learning apps such as Einstein Brain Trainer and titles from Bookful. The offering also allows motion-synchronized mirroring of an Android display. 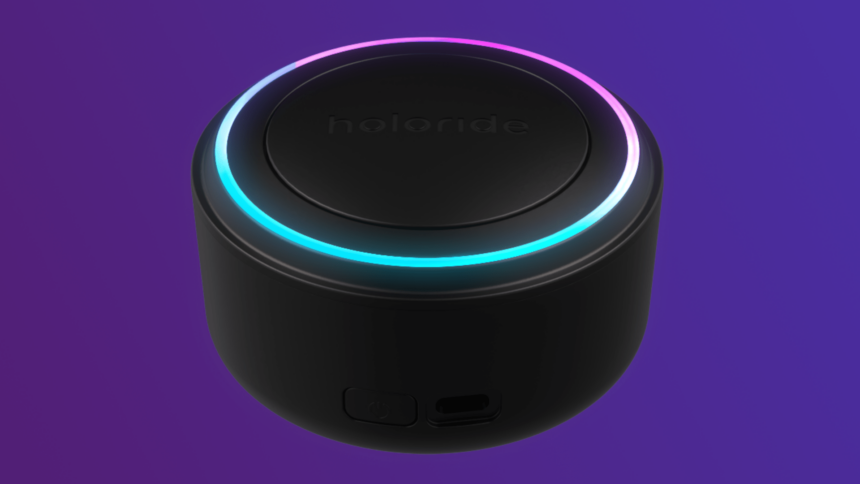 2D applications display on a virtual screen in cinema format embedded in the motion-synchronized environment. This is said to virtually eliminate motion sickness symptoms. YouTube, Twitch, and other websites stream in a custom web browser.

Among other apps and games, the action title Cloudbreakers by Schell Games, in which players float through a hostile sky, was a launch title for Holoride. VR gamers know the studio from titles like Among Us VR, I Expect You To Die 1 and 2, and Until You Fall.

Arvore is also contributing a game to Holoride. Arcade game fans know the studio for creative VR titles like Yuki. Today, Arvore releases Pixel Ripped 1995: On the Road. This is an exclusive spin-off of the humorous Pixel Ripped series now available to Holoride subscribers.

The VR game tells the story of David, a nine-year-old gaming fan, and his virtual friend Dot. The two explore classics from the 16- and 32-bit era to rescue Dot’s friends and retrieve the lost pixel stone from the evil “Cyblin Lord.” All this takes place during a family road trip.

“With Holoride’s technology, we could explore creating a game in a totally new environment in a very innovative way, so we decided to explore a version of our most successful game to a whole new environment in a moving vehicle, creating a quite unique experience in Pixel Ripped 1995: On the Road,” said Arvore CEO Ricardo Justus.

Into the “Motorverse” via cryptocurrency

Holoride GmbH promotes its own cryptocurrency: “RIDE”, using the “potential of Web3” in the “Motorverse”. Issued by Holoride AG in Liechtenstein, the Holoride platform token forms “the core of its NFT-based content ecosystem built on the Elrond network.”

In exchange for RIDE tokens, users and content creators develop unique NFTs. Users of the RIDE tokens gain access to various discounted offers and opportunities to participate in decisions about new content and features.