Cambria: Find out what the best new feature is and why

Meta’s next VR headset brings many new features, but there’s one in particular I’m looking forward to.

The device is codenamed Cambria and will be released later this year. When exactly, we don’t know yet.

What we know, though: The VR headset will be more expensive than Meta Quest 2. The reason: it’s packed with the latest technologies from Meta’s future labs, including face and eye tracking and pancake lenses. The latter enables a narrow form factor, which is a quantum leap in the history of VR hardware.

Is that all there is to it? Not at all.

The feature I’m most looking forward to, and which, I think, will become more important than all the others, is the high-quality passthrough mode.

Two high-resolution color cameras on the front of the casing replace my eyes. Through the cameras, I look into reality. The opaque shell melts away, revealing a view of the world. And that will be a tremendous liberation.

An either-or of realities

There are a thousand good reasons to interact with the physical world while wearing a VR headset. Whether it’s to take a sip of water, check who’s calling, or turn off the oven. None of that was readily possible until now. 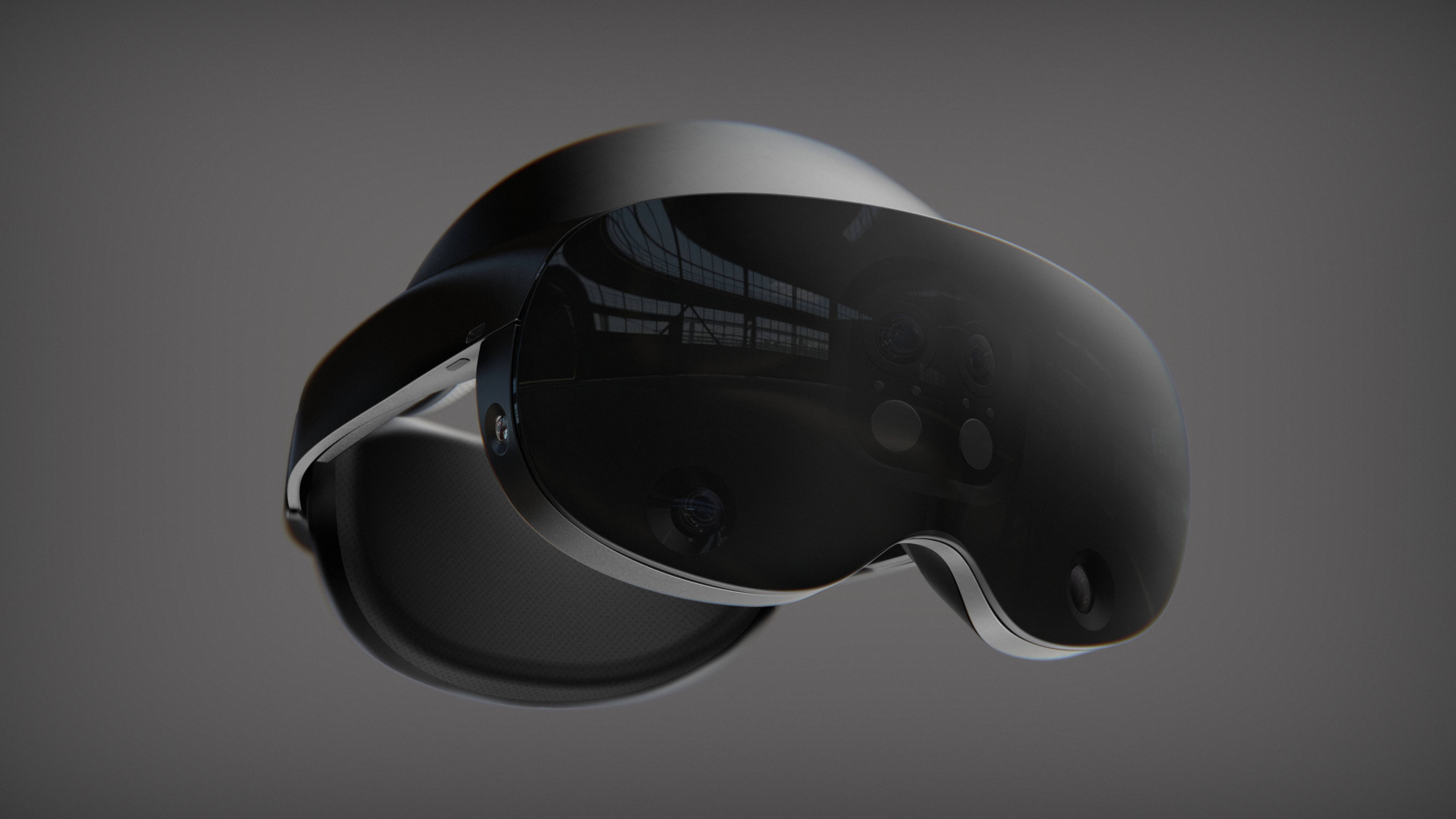 Meta Cambria: This is what the finished VR headset could look like

On some devices, you can squint through the narrow nose opening, but you usually have to take off the VR headset, look for the glass of water lost at the end of the table, and put the VR headset back on.

A minute later, the phone rings. That’s right, you’re still expecting an important call. The Meta Quest 2 has a passthrough mode, but it’s so bad that you can’t see anything on the smartphone screen. Okay, take off the VR headset, look at the smartphone, recognize the false alarm and put it back on.

Five minutes later – the VR comfort slowly sets in – you realize that you have to turn off the oven because otherwise your girlfriend’s pizza will burn. You could risk going to the kitchen in passthrough mode, but then you think that is a bad idea.

No problem: put down the VR headset, run to the kitchen, turn off the oven and run back towards the couch where the VR headset is, which you don’t feel like wearing now.

VR isolation can be nice – and annoying!

I experience stories like this more often than I’d like. This is why I have to prepare extra before a VR session, take my time, and be sure the world stands absolutely still while I dive into virtual reality. Otherwise, the next interruption is pre-programmed.

Isolation in VR can be a blessing. I know this argument and agree with it. But complete isolation is a luxury not everyone can afford, and it minimizes time spent in VR. There’s no good reason why VR headsets should cut off the connection to the outside world as radically as they do today.

Passthrough mode not only makes daily use of Cambria and similar devices like the Lynx R-1 easier, but it also enables great augmented reality. For now, however, it is enough for me that the VR blinders finally disappear.

My prediction: In two years, we’ll wonder how we ever got along without passthrough mode. And at the same time, it will be so taken for granted that we won’t appreciate it anymore.