Andrew Bosworth heads up Meta’s VR and AR division and will be promoted to chief technology officer next year. In mid-October, Bosworth and Zuckerberg teased a range of VR goggle prototypes.

The selection of prototypes shown was meant to show off all that Meta is working on right before Connect 2021, and possibly distract from HTC’s announcement of the Vive Flow. But apparently, there’s more to the teasers.

Meta has more to show

In a blog post, Bosworth looks back at the past year and sums up what’s been happening in VR at Meta.

He cites the Meta Quest 2 software updates, the announcement of Meta’s next VR goggle, Cambria, and “early research into Retina resolution VR displays” – though he writes in parentheses and with exclamation marks that there’s more to come regarding the latter. It looks like Meta wants to take a more in-depth look at related display research next year.

In 2021, Meta unveiled two pieces of futuristic research: a neural interface wristband that translates electrical signals from the brain into computer commands and will become a key component of Meta’s AR future, and a prototype haptic glove.

When people talk about retina resolution, they usually mean a VR display whose pixel density matches the capabilities of the human eye. The eye itself does not have a resolution in the traditional sense. So, it’s more of a metaphor than a physiological fact. 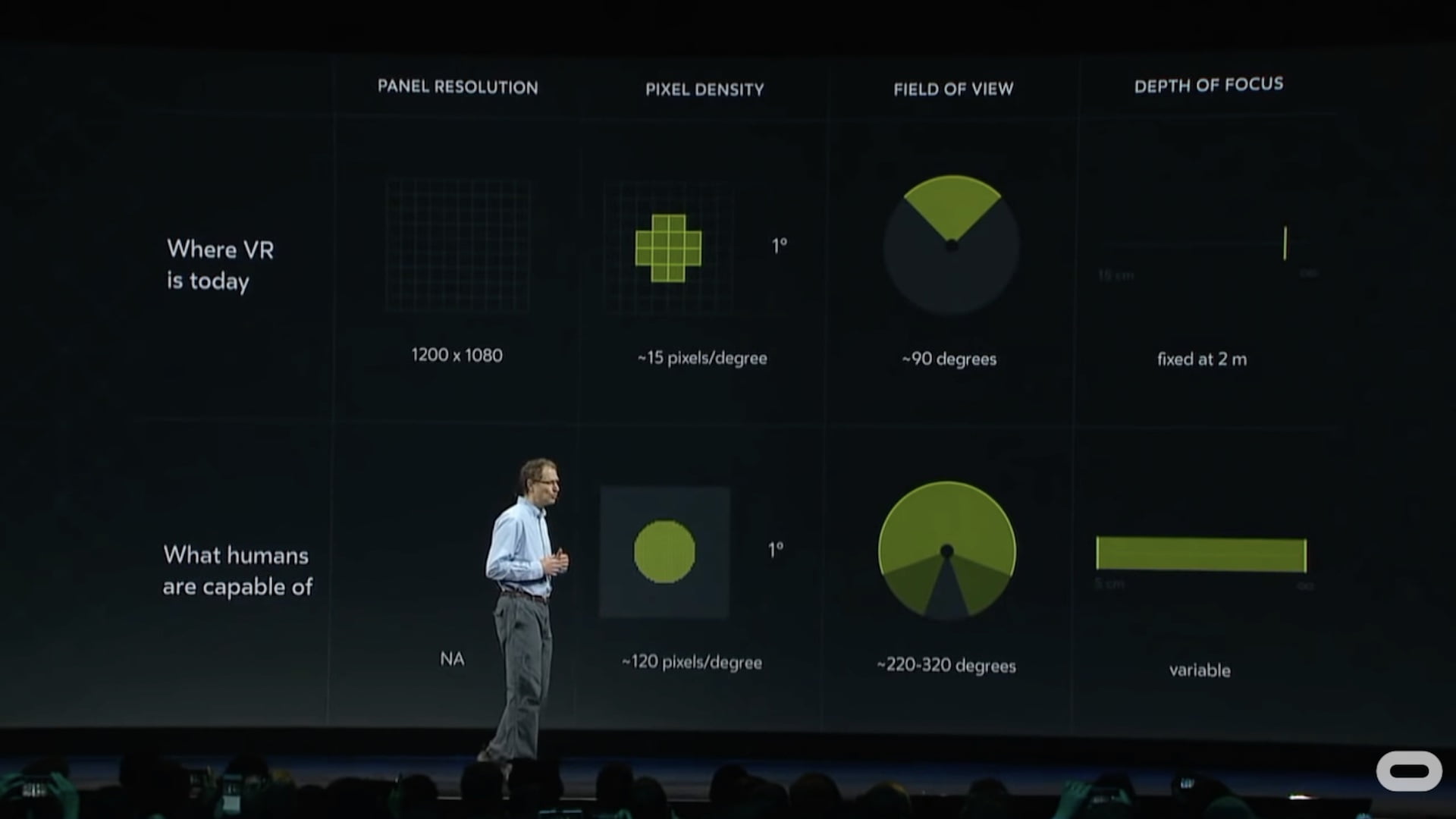 In the VR industry, the gold standard for the retinal resolution of a VR display is 60 PPD. The head of Meta’s research labs, Michael Abrash, goes as high as 120 PPD, which would have to be achieved for individual pixels to be unrecognizable as such.

For comparison: Meta Quest 2 reaches about 20 PPD and Varjo’s 2,000 Euro high-end VR goggles Varjo Aero (test) 35 PPD – at a resolution of almost 3K on 3K pixels per eye! Only the Varjo VR-3 and XR-3 reach a PPD of more than 60, and even that only within a small, central field of view.

You can see: There is technically still a lot of room for improvement. And then there’s still the question of where to get the computer power needed to power such displays. AI upscaling and foveated rendering could help, but even those technologies have yet to mature.