Sony is developing a Ghostbusters experience for Hologate arcades. Ghostbusters VR was previously announced for Quest 2 and is also coming to Playstation VR 2.

Sony unveiled the VR game in April as part of the Meta Quest Gaming Showcase. In it, you build your own Ghostbusters headquarters and go ghost hunting alone or with up to three friends.

Ghostbusters VR will first be released for Meta Quest 2 and at a later date for Playstation VR 2, Sony has now confirmed. There is no release date for either platform yet. The experienced VR studio nDreams (Phantom: Covert Ops, Fracked) is developing the game.

Ghostbusters VR Academy is set in the same universe, but is a completely unique game. Sony describes the arcade experience as a fully immersive training simulator.

Ghostbusters VR Academy consists of two games: One is an arena game where up to four arcade visitors become members of the Ghostbusters Academy and hunt ghosts together. 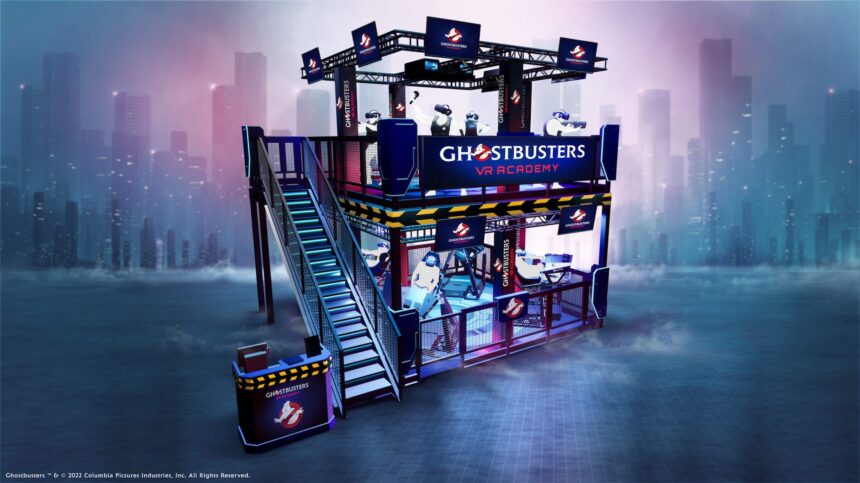 Ghostbusters VR Academy comes in a compact form: The running area above, the driving area below. | Image: Hologate

The other is a racing game that puts you and your friends behind the wheel of a flying ECTO vehicle and sends you into a ghostly high-speed race. The Hologate Blitz hydraulic motion simulator offers a realistic driving and flying experience.

The arcade chain Hologate is developing the VR experience. It is distributed by Sony Pictures Virtual Reality, the VR division of Sony’s film studio. Hologate operates more than 400 locations in 38 countries worldwide.