Construct VR demonstrates the power of volumetric movies better than every other VR experience before.


Volumetric movies are movies with a flexible perspective: Viewers stand in the middle of a film set and can move their head into space or even take a few steps in any direction.

Ideally, volumetric films combine the best of both worlds: the glossy look of a pre-rendered Hollywood animation film with the immersion of spatial virtual reality. Construct VR wants to prove that this is technically possible.

Last week a free demo of the underlying volumetric film format was released, and just before Christmas the VR film itself. I watched it and will share my impressions here.

Construct VR is set in a future where robots have largely replaced humanity. We accompany the humanoid robot and construction worker Aiden to his workplace, where he witnesses a crime.

Bill is discovered by the killers and must defend himself against half a dozen murderous robots. What follows in the next few minutes is a choreographed fight scene worthy of the Matrix trilogy.

The near photorealism is impressive and visually unlike anything you’ve seen in VR games, including Half-Life: Alyx. Construct VR looks more like a live-action movie than something that was created more or less entirely on a computer. Only objects in the middle distance, like houses and bushes, give you a good idea that you’re in a computer-generated environment.

A film, not a game

With visual brilliance comes compromises in other areas. Construct VR is pre-rendered and doesn’t allow for interaction, and if you move your head out of the pre-programmed spatial viewing area, you won’t see anything. Furthermore, the movie takes up 27 gigabytes of memory. That’s quite a bit for an eight-minute VR experience.

Still, Construct VR is worth seeing because it shows the direction volumetric films could take. I can imagine watching a Hollywood film based on this technology, and I’m sure I wouldn’t be the only one willing to pay for it, either – as long as quality and staging are right.

Speaking of staging, Construct VR doesn’t answer the question of how best to tell a story with the resources of a volumetric VR film. This is a tech demo, not a film that tries hard to break new ground narratively. Although you can move your head, the film doesn’t take advantage of that option. Whether you can see around corners or behind a protagonist: it doesn’t matter when it comes to the story.

At least as interesting as artfully choreographed action would be chamber-play-like real film scenes in which human protagonists converse. Imagine being able to beam into a film set using virtual reality, being present in a scene as an invisible ghost, and admiring the nuanced facial expressions at close range.

That would be something, but it’s not feasible with Construct VR technology. The reason: Construct VR was created digitally on a computer and is the VR adaptation of a computer-generated short film of the same name (see video above).

Humans are difficult to digitize or animate realistically enough to look real. The team behind Construct VR knew this, so they didn’t even try. So the protagonists in this VR film are not robots by chance.

There have been attempts to make volumetric live-action films, but the technology has been stuck for years because it’s simply too costly and complicated.

The start-up Lytro developed so-called light-field cameras and compression algorithms and ultimately went bankrupt, despite investments worth 200 million US dollars. Not a single volumetric film from the company found its way into VR glasses. 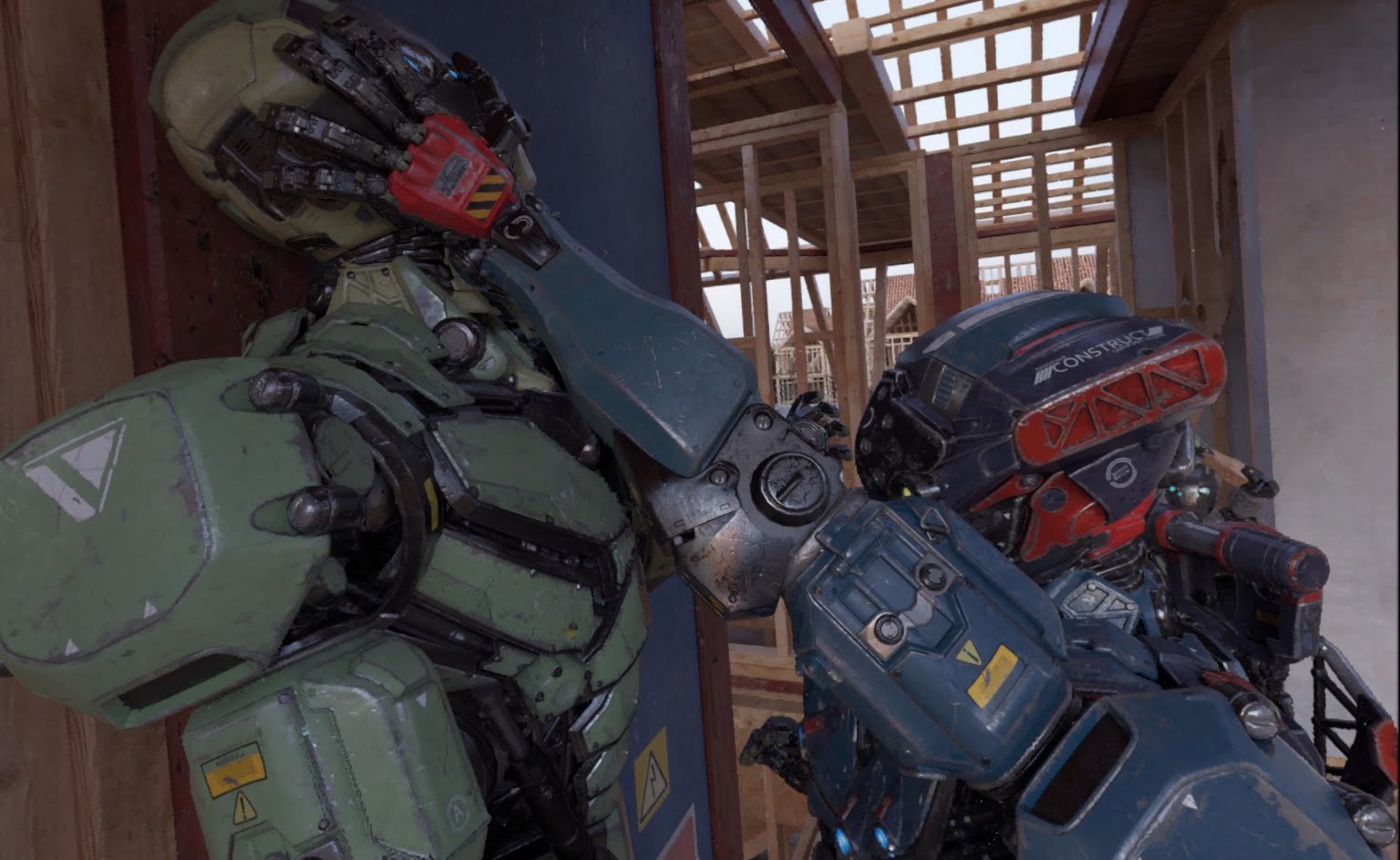 The level of detail and visual realism is impressive. | Image: PresenZ

If volumetric films could ever succeed, it would be in the realm of digital movies. As more and more films are created entirely on the computer, it would probably be possible with optimized workflows to convert them relatively easily into a volumetric format for VR glasses.

Construct VR proves that this works. Filmmakers would only have to figure out how to tell exciting stories with the technology.